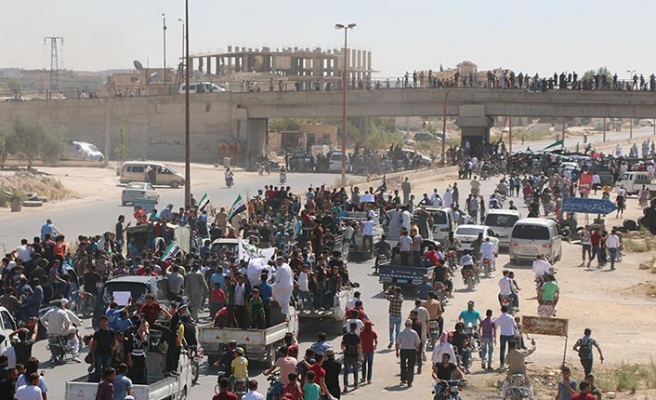 Nasr Hariri, the head of the opposition Syrian Negotiation Commission (SNC), has hailed Turkish efforts for maintaining the Sochi ceasefire deal on the northwestern Idlib province.

In exclusive statements to Anadolu Agency, Hariri said the Sochi deal has remained standing thanks to Turkey’s efforts.

After a Sept. 17 meeting in Sochi between Turkish President Recep Tayyip Erdogan and Russian counterpart Vladimir Putin, the two sides agreed to set up a demilitarized zone -- in which acts of aggression are expressly prohibited -- in Syria’s Idlib province.

According to the terms of the deal, opposition groups in Idlib will remain in areas in which they are already present, while Russia and Turkey will conduct joint patrols in the area with a view to preventing a resumption of fighting.

Hariri believes that the Sochi deal was an important tool for pressuring the regime and its allies.

"This deal prevented Russia, the regime and Iranians [militia] from fully capturing the Syrian soil by military force and moving away from reaching a political solution," he said.

“With Turkey’s support, the Sochi deal that protects the lives of civilians in Idlib remains standing,” Hariri said.

“While combating terrorist organizations in the region, Turkey also supports a political solution," he said.