The Islamic Front opposition group has claimed to have killed tens of ISIS militants in the northern countryside of Aleppo. 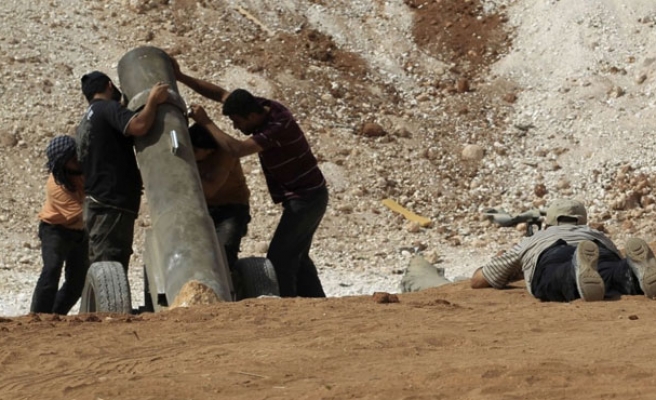 The Islamic Front opposition group killed tens of ISIS militants in attacks in the northern countryside of  Aleppo Thursday, the opposition said.

The militants were allegedly killed in attacks on the group's bases in Suran, Duwaybiq, Ahtimlat and al-Zaheriya villages, according to Hasan Hanzal, a field commander of the North Storm Brigade of the al-Sham Front.

An anonymous source at the Dabiq field hospital confirmed the death of eight people and injury of 12 ISIL militants.

Najm Abo Ibrahim, another field commander from the same brigade, called on civilians in the villages which are under ISIL’s control to stay away from ISIL bases for their own safety.

The attacks came after ISIL had previously bombarded Mare’, Suran and Talalin villages also located in Aleppo’s countryside that left four civilians, including one child dead.

Aleppo’s northern countryside has been witnessing constant clashes between ISIL and Syrian armed opposition groups for almost one year as ISIL attempted to seize control of the strategic town of Azaz near the Turkish border.

The Syrian opposition, including The Islamic Front, agreed to unite under the name al-Sham Front on Oct. 25. 2014.