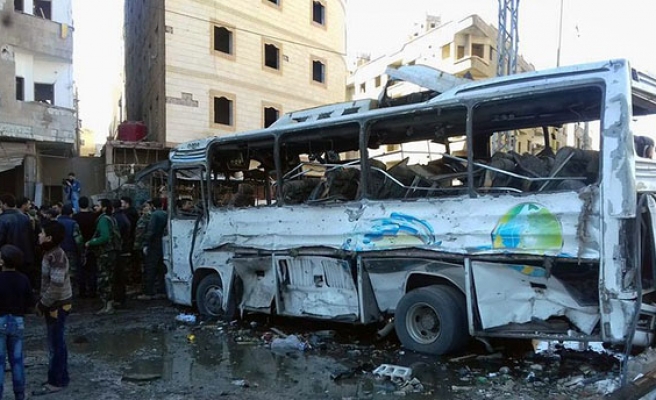 The UN special envoy for Syria fought Sunday to keep alive the biggest diplomatic push yet to end the Syrian war as Washington urged both sides in fragile peace talks to seize the moment.

Highlighting the urgency, a triple bombing near a revered Shiite shrine outside the capital Damascus killed 71 people in the latest bloody attack claimed by the extremist Islamic State group.

EU foreign policy chief Federica Mogherini said the attacks were "clearly aimed to disrupt the attempts to start a political process" to end a conflict that has killed more than 260,000 people.

He said he was "optimistic and determined", but comments from both sides laid bare the enormity of the challenges ahead for ending a highly complex and bitter conflict.

The HNC delegation reluctantly arrived late on Saturday in Geneva and immediately threatened to turn around and leave again unless Assad's "crimes" stop.

Among its demands are that humanitarian aid be allowed to reach hundreds of thousands of people stuck in besieged towns, a halt to the bombing of civilians and the release of hundreds of prisoners.

"We only came to Geneva after written commitments on the fact that there would be serious progress on the humanitarian issues," HNC spokeswoman Basma Kodmani told reporters.

"We are here for political negotiations but we cannot start those until we have those gestures."