The flag could be seen from Turkey's border town of Akcakale in the Sanliurfa province, which is directly across from the ISIL-held Syrian district of Tel Abyad. 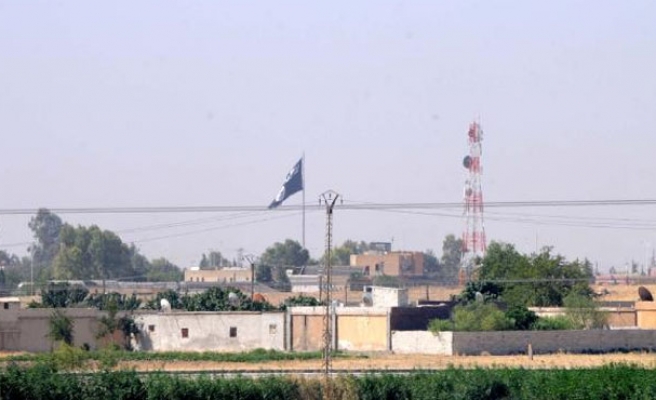 Rebels loyal to the Islamic State of Iraq and the Levant (ISIL) have hoisted a black flag on the Syrian border with Turkey a day after declaring the establishment of an independent state from the Iraqi city of Diyala to the Syrian city of Aleppo.

The flag could be seen from Turkey's border town of Akcakale in the Sanliurfa province, which is directly across from the ISIL-held Syrian district of Tel Abyad.

The ISIL, a breakaway group from Al Qaeda, has been on a rampage across northern parts of Iraq and Syria after a long campaign against the governments of both countries as well as rival rebel groups.

After capturing the city of Mosul on June 10 with the support of Sunni tribes in Iraq, the ISIL were quick to move on to Tikrit before smashing through the Iraqi border with Syria, creating a pathway between their two fields of operation.

They also declared their leader Abu Bakr al-Baghdadi as the leader of the Muslim world.

The ISIL have been in a spat with Turkey before, as the strengthen their grip in northern Syria along the Turkish border.

Previously, the ISIL threatened to attack Turkey's Suleiman Shah base in Aleppo, to which Turkey responded by threatening airstrikes against ISIL targets.