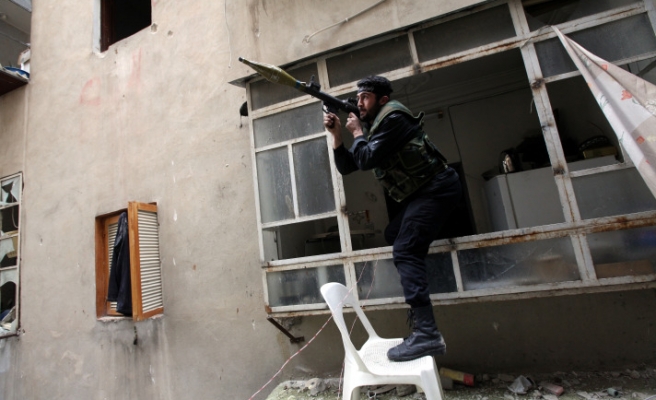 Syrian rebels seized the northern town of Khan al-Assal on Monday, activists said, one of the last towns in the western part of Aleppo province that was held by President Bashar al-Assad's forces.

An army build-up around the province in order to retake Aleppo city has been dogged by rebel counter-attacks, although a string of government victories elsewhere in Syria has shifted the battlefield tide in Assad's favour after more than two years of bloodshed.

Video footage posted on the Internet by rebel groups showed army tanks withdrawing from the town. Another video showed a dead commander who rebels said led the government resistance in the town, which has been besieged for weeks.

Aleppo is part of a crescent of regions in northern Syria that have become a stronghold for rebels fighting to end four decades of rule by the Assad family.

Insurgents have been blockading government-held areas in Aleppo city, Syria's largest urban centre and once its commercial hub. Aleppo has been mired in a bloody stalemate since rebels launched an offensive in the province last year.

Assad's forces have responded to the rebel advance on Khan al-Assal with a string of air raids in the area.

Rami Abdul-Rahman is a convicted felon in Syria and a notorious liar and propagandist who gets his marching orders from the stinking British Foreign Office. Our information is that no such terrorist rat victory took place and that our troops are holding out just fine even as our troops in Homs are exterminating the rest of the rats. Stop the propaganda.