Syria refugees set to exceed a third of Lebanon's population

According to the United Nations, Lebanon has taken in 38 percent of all Syrian refugees in the region, more than any other country. 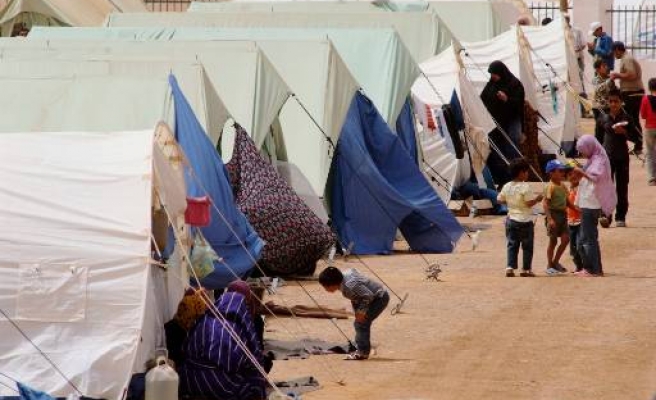 Lebanon faces the threat of political and economic collapse as the number of refugees pouring in from Syria is set to exceed a third of the population, Social Affairs Minister Rashid Derbas said on Thursday.

Derbas said the total was expected to hit 1.5 million by the end of the year, an excessive burden for a country of just 4 million people.

He said the influx of refugees fleeing Syria's civil war will have cost Lebanon's already fragile economy around $7.5 billion between 2012 and 2014. Border communities hosting Syrian refugees were under particular pressure because of the increase in people willing to work for low wages.

"Unemployment doubled, especially among unspecialised or unskilled labour in those mostly poor areas," he said, warning that the refugee crisis "threatens to take us to an economic, political and even security collapse."

The turmoil next door has not only hurt Lebanon's economy, but has aggravated sectarian tensions and fuelled violence. It currently hosts around 1.1 million registered Syrian refugees.

"We know that we are working towards having more than 1.5 million registered refugees by the end of 2014, which amounts to more than a third of the local population," Derbas told a meeting of Lebanese ministers and international aid groups.

According to the United Nations, Lebanon has taken in 38 percent of all Syrian refugees in the region, more than any other country.

"We all have our limits and we have gone beyond those limits now," Derbas said.

More than half of the Syrians in Lebanon are children, and the vast majority are not in school. Syrian women and children are often seen begging on the streets in parts of the capital Beirut, and while some refugees have rented apartments, others are living in ad hoc shelters in car parks, garages and abandoned buildings.

The refugees have put increasing pressure on infrastructure in a country that suffers from frequent power cuts and is unable to supply all of its population with clean water.

The United Nations estimates that Lebanon will need $1.6 billion in funding to cope with the humanitarian situation this year, but so far only 23 percent has been raised.

At the current level of funding, aid agencies will not be able to meet a target of getting 172,000 refugee children into Lebanese schools next year, said Ninette Kelley from the U.N.'s refugee agency UNHCR.

"We will be unable to launch a polio vaccination campaign for all children in Lebanon under five...800,000 refugees will go without winter support," she told the mid-year review meeting.

Syrian refugees are still registering at the rate of 100,000 per month in neighbouring countries, although the outflow has slowed somewhat in recent months, the UNHCR said on Thursday.

The new estimate is for 3.6 million Syrian refugees to be in the region by the end of 2014, against 2.9 million registered currently, it said. Apart from Lebanon, Syrians have fled across borders into Turkey, Jordan and Iraq.