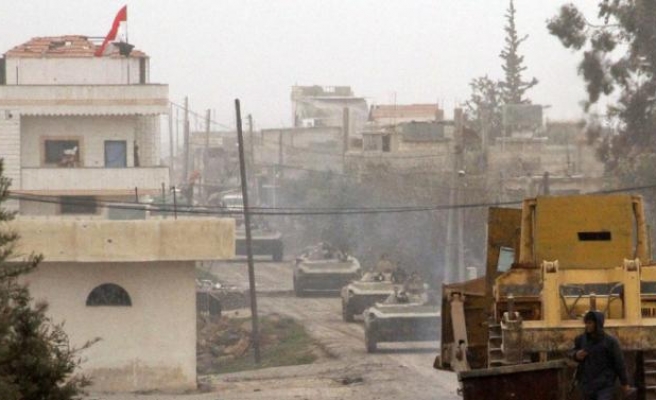 Pro-regime troops backed by Russian warplanes on Friday retook a opposition bastion used as a launch pad for attacks in southern Syria, a monitor said, in their latest territorial gain.

Syrian soldiers, fighters from Lebanon's Hezbollah movement, and local and foreign militiamen seized Ataman, just two kilometres (1.3 miles) from Daraa, capital of the province of the same name, according to the Syrian Observatory for Human Rights.

He said around 80 Russian air raids over the past two days had helped regime fighters chase opposition from the village, killing at least 10 of them.

The regime of Syrian President Bashar al-Assad is attempting to retake all of Daraa province, which borders Jordan and the Israeli-occupied Golan Heights, from opposition fighters.

Last month pro-regime forces took the strategic town of Sheikh Miskeen, which lies on a vital crossroads between Damascus to the north and the regime-controlled city of Sweida to the east.

"The army is consolidating its positions north of Daraa city," said Abdel Rahman, whose British-based monitor relies on a network of sources on the ground.

Most of Daraa province is controlled by opposition forces, though the regime holds parts of the provincial capital and a few villages in the northwest.

Syria's army has been on the offensive since staunch regime ally Russia began an aerial campaign in support of regime forces on September 30.

Since then, the regime has recaptured several key opposition towns in coastal Latakia province and has advanced in the northern province of Aleppo and in Daraa.