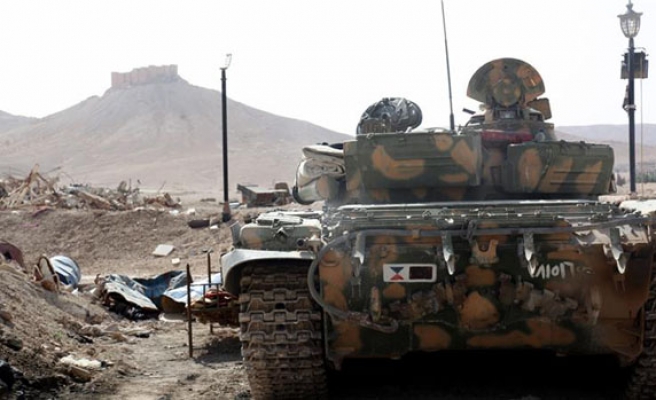 Syrian pro-government forces advanced to the edge of the famed ancient city of Palmyra on Wednesday, eyeing a major symbolic victory over the ISIL group, a monitor said.

"The regime forces are now two kilometres (a little more than a mile) away on the south side and five kilometres (three miles) away on the west side," Syrian Observatory for Human Rights director Rami Abdel Rahman said.

ISIL seized the city dubbed the "Pearl of the Desert" in May last year, sending shock waves around the world as the group demolished some of the most treasured monuments of its UNESCO-listed World Heritage Site.

Regime forces launched an offensive to retake the city at the start of the month backed by heavy Russian air strikes.

Aamaq, an ISIL-linked website, claimed that 30 troops were killed in an attack by a extremist suicide bomber.

The recapture of Palmyra would be a strategic as well as symbolic prize for the regime.

That would cut ISIL's area of control from some 40 percent of Syrian territory to 30 percent, according to the Observatory.

Global concern for Palmyra's magnificent ancient ruins spiked in September 2015, when satellite images confirmed that ISIL had demolished the famed Temple of Bel as part of its campaign to destroy pre-Islamic monuments it considers idolatrous.

The extremists have waged a sustained campaign of destruction against heritage sites in areas ISIL controls in Syria and Iraq and in mid-August last year beheaded Palmyra's 82-year-old former antiquities chief.