The Syrian regime has advanced north -the villages of Nubul and Zahra are located in the middle of opposition territory and have been blockaded by rebel groups for about three years. 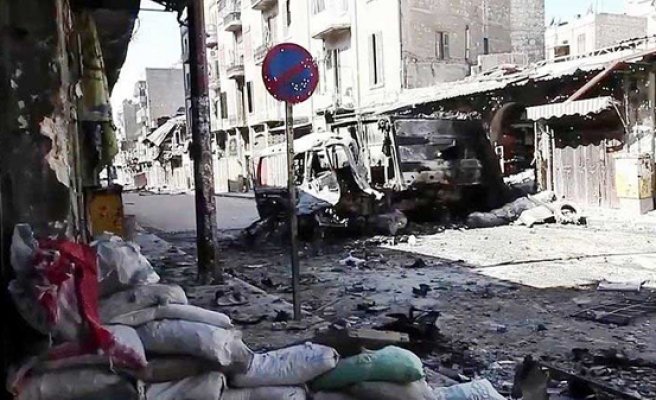 Syrian government forces and pro-regime fighters entered two Shiite villages on Thursday that had been under rebel siege, after advancing in a key offensive around second city Aleppo.

Syria's state news agency SANA reported "mass celebrations in the streets of Nubol and Zahraa welcoming army troops and celebrating the breaking of the siege."

The Al-Manar television station of Lebanese militia Hezbollah broadcast what it said was exclusive footage of Syrian government and allied fighters entering the villages.

The channel showed crowds embracing soldiers and militiamen, who fired into the air as they arrived.

Fighters and residents waved the Syrian flag and the yellow Hezbollah flag, and some chanted pro-regime slogans, including "God, Syria, Bashar and nothing else," in reference to Syrian President Bashar al-Assad.

The two villages had been besieged by rebels since 2012, and reaching them had long been a goal of the government, which has also sought to sever key rebel supply routes into Aleppo.

Once Syria's economic powerhouse, Aleppo city has been divided between government control in the west and rebel control in the east since shortly after fighting there began in mid-2012.

The government offensive that began this week, backed by heavy Russian air strikes, has severed the last rebel supply route from opposition-held Aleppo to the Turkish border.

Rebels in the city are now surrounded from the south, east, and north, with only a single opening in the northwest that leads to the neighbouring opposition-held province of Idlib.

The Syrian Observatory for Human Rights, a Britain-based monitor, said at least 64 regime troops had died during the government advance, which began on Monday.

It added that more than 100 rebel fighters have been killed in fighting and Russian air strikes that accompanied the advance.

Russia, a staunch Assad ally, began an air campaign in support of Damascus in late September, saying it was targeting ISIL and other "terrorists."

More than 260,000 people have been killed in Syria since the conflict began with anti-government protests in March 2011.