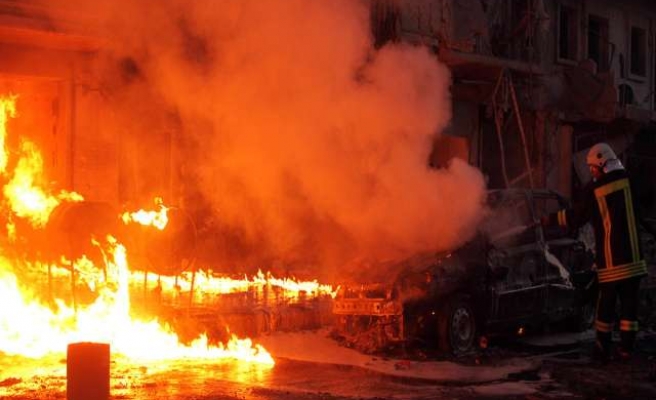 At least 53 people including women and children were killed on Saturday in rebel-held areas of Syria, which were hit relentlessly by regime artillery and airstrikes, activist groups said.

Explosions from the attacks on the mainly Turkmen-inhabited Bayir Budjak and Kesab towns were heard from the Turkish side of the Syria-Turkey border, locals said.

In the last two days, more than 25 wounded Syrians have been taken to hospitals in Turkey for treatment.

Forces loyal to the country's embattled President Bashar al-Assad killed 14 in the suburbs of Damascus, 11 people in Aleppo, six each in Idlib and Hama, five each in Daraa and Homs, three in Quenitra, two in Latakia and one in Deir-ez Zor, according to the Syrian Network for Human Rights, a London-based group tracking civilian and dissident casualties.

The Local Coordination Committees of Syria - a network of local opposition groups – said government aircraft destroyed many buildings including historical structures in the town of Marea in northern Aleppo.

Separately, Syrian security forces "neutralized" a large number of armed groups during operations in Aleppo, Idlib, and Daraa, according to the state-run SANA news agency.

Syria has been gripped by almost constant fighting since the regime responded to anti-government protests in March 2011 with a violent crackdown, triggering a conflict which has spiraled into a civil war.

The death toll in the three-year-old conflict vary. The UN stopped updating its tally after an official count became too difficult to ascertain. Its last reported toll was at least 100,000.

Nearly two and a half million Syrians are also registered as refugees in neighbouring countries, including Turkey, Lebanon and Iraq.