Dozens more were wounded, several seriously, and the toll is likely to rise 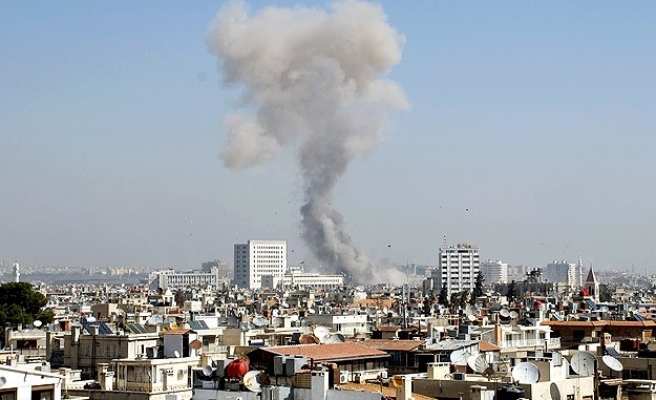 Syrian government air strikes on a market and a hospital killed at least eight civilians outside Damascus Thursday, the Syrian Observatory for Human Rights monitor and activists said.

"Warplanes carried out a series of strikes on areas in the city of Douma in Eastern Ghouta, killing at least eight civilians, including a child," said Observatory chief Rami Abdel Rahman.

Dozens more were wounded, several seriously, and the toll is likely to rise.

The Observatory said one of the raids hit a field hospital, but could not say how many were killed there.

An AFP video journalist saw civilians trying to evacuate some of those wounded, including on the back of a motorbike.

In one street, the strike had knocked over part of a street stall, with a crate of tomatoes spilling into the rubble strewn across the road.

Elsewhere, buildings had partially collapsed and shrapnel had punched holes into the side of a white car covered in dust.

Eastern Ghouta is the largest rebel stronghold in Damascus province, and is regularly targeted by government air strikes.

It has been under siege for nearly two years.

In August, 117 people were killed in a single day of air strikes on Douma, causing a global outcry.