Syrian regime forces and rebels agreed a truce in the capital's southern suburb of Babila. 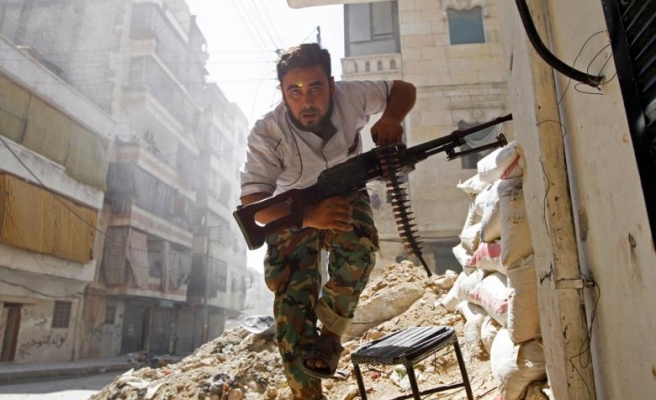 Syrian regime and rebels have agreed local truces in key flashpoints around Damascus, despite regime and opposition representatives failing to make any progress in Geneva peace talks.

In the southern suburb of Babila, some journalists saw rebels and soldiers – all armed – in conversation, which would have been unthinkable just days ago.

The local truces come 18 months into fierce fighting in and around the capital that has led rebels and President Bashar Assad’s forces to compromise, with neither side able to clinch victory.

Besides Babila, deals have been struck for Moadamieh, Qudsaya, Beit Sahm, Yalda, Barzeh and Yarmouk.