'The UN has a clear position on this as the UN Security Council. All the Syrians l talked to have stressed the importance of territorial integrity of Syria,' UN deputy envoy on Syria says 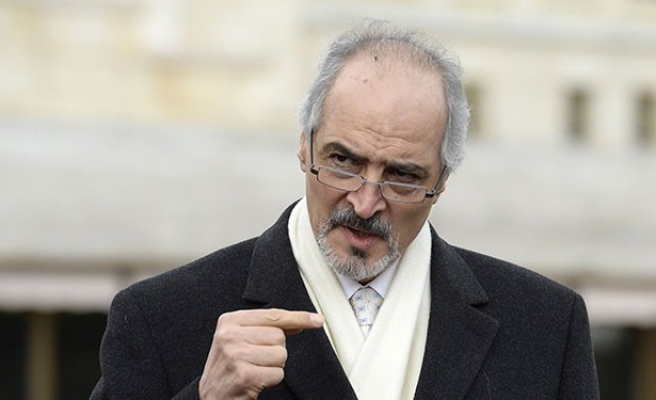 Syria's UN ambassador has rejected reported plans by the PYD terrorist organization to declare a federal region in the north of the country.

Regarding reports that the terrorist PKK-affiliate PYD -- which was excluded from the peace talks -- wants to establish a federal region in northern Syria, Jaafari said:

"The Syria talks prohibit raising such scenario. What we are talking about here [is] how to keep the unity of Syria and how to respect the unity, independence and territorial integrity of Syria."

Jaafari added that "betting on creating any kind of divisions among Syrians will be a total failure".

"l will not comment on unilateral statements from here and there," he said.

Following the Jaafari's press conference, UN deputy special envoy for Syria Ramzy Ezzeldin Ramzy told reporters: "The UN has a clear position on this as the UN Security Council. All the Syrians l talked to have stressed the importance of territorial integrity of Syria. The future form that Syria will take will be decided by Syrians themselves."

- Regime and opposition agree on some points -

"Some things are agreed on by both sides...We have a good starting point as of now," Ramzy said.

- Russian withdrawal ‘was not a surprise’ -

"The Russian decision to withdraw partially from Syria was taken jointly by a common decision, taken both by President [Vladimir] Putin and President Assad. So, it was not a surprise for us," Jaafari said.

Noting that the Syrian regime delegation has not been ready yet to have direct talks in Geneva with the opposition, Jaafari said he would never have direct talks with the leader of the Jaish Al Islam armed group and its chief negotiator Muhammed Alloush, branding him a “terrorist”.