'We are still in the preparatory phase for indirect talks... We still don't know who the opposition delegation is,' Syrian regime delegation head says 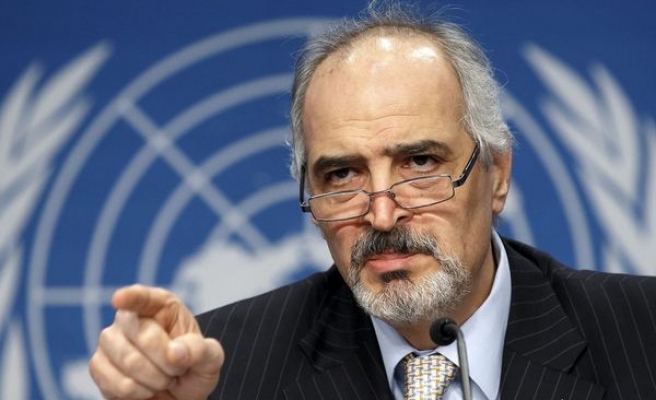 The Syrian regime rejected Tuesday that indirect peace talks have properly begun, with the head of its delegation describing negotiations as still in a "preparatory phase" and calling the opposition "not serious".

"We are still in the preparatory phase for indirect talks... We still don't know who the opposition delegation is," Bashar al-Jaafari told reporters after meeting UN special envoy Staffan de Mistura in Geneva.

"We also asked for the names of participants and the agenda of indirect talks... We are waiting to know... whom we will negotiate with," he said, describing the opposition as "not serious" and not "professional politicians".

De Mistura had said Monday that his first formal meeting with the opposition High Negotiations Committee (HNC) meant that the hoped-for six months of talks to try to end the Syrian conflict had officially begun.

Jaafari on Tuesday also criticised the opposition for failing to condemn multiple bomb attacks Sunday at a revered Shiite shrine south of Damascus that killed more than 70 people.

"The UN Security Council and the Syrian regime condemned (the attacks)... If the other side really cares about the blood of Syrians as it says, then we expect them to issue a statement condemning this terrorist attack," he said.

The atrocities were claimed by the Sunni Muslim Islamic State group that has capitalised on the chaos of the Syrian war to overrun swathes of Syria and also Iraq and to conduct attacks abroad.

The indirect talks in Geneva are part of an ambitious roadmap set out in November by the many outside powers embroiled in the almost five-year-old war that has killed more than 260,000 people.