Syria regime to answer UN letter at next round of talks 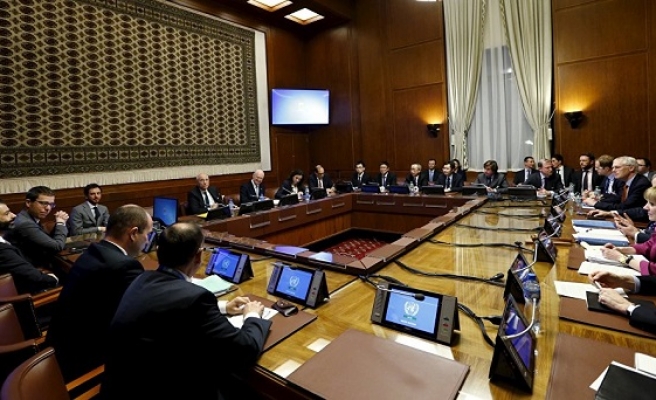 amascus will respond to a letter from the UN next month, at the start of the next round of peace talks, the head of the Syrian regime’s delegation in Geneva said Wednesday.

"Today, we received a letter from Special Envoy de Mistura. This paper will be carefully studied after we go back to our capital, and we will respond to it at the beginning of the next round," Bashar Ja'afari, head of the Assad regime’s delegation at the talks, told a press conference in Geneva after meeting with UN Special Envoy for Syria Staffan de Mistura.

This round of peace talks in Geneva, which started on March 14, will end tomorrow. The next round is expected to start in early April.

The new round of talks in Geneva aims to end the war, which has seen at least 250,000 Syrians killed and more than 11 million displaced, led to the rise of ISIL, and sparked a refugee crisis.

The talks ended abruptly last month amid a Syrian government military offensive backed by Russian air power. Later, the U.S. and Russia agreed to a “cessation of hostilities” deal that saw a dramatic reduction in fighting.