Establishing a safe zone inside Syria is 'no easy task' with Russian air strikes in the northern part of the country, says EU foreign policy chief 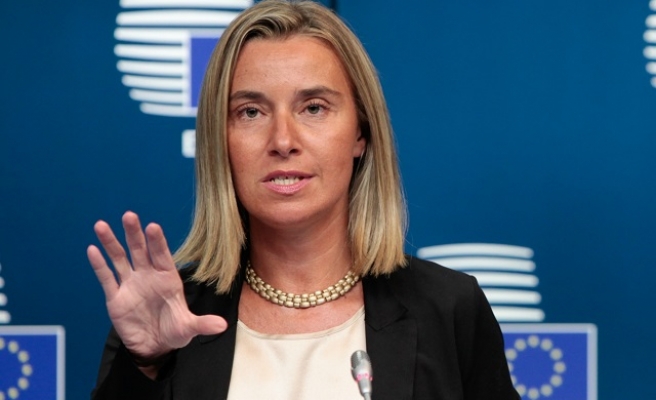 EU foreign policy chief has said it will be difficult to establish a safe zone in Syria to protect refugees because of increased military activities in the northern part of the country.

Speaking to reporters after a foreign ministers meeting in Luxembourg on Monday, Federica Mogherini said: "The situation on the ground is moving fast and the idea of creating safe zones where ISIL is concentrated and Russia is concentrated might not be an easy task to achieve at the moment.

"The real way for allowing Syrian refugees to go back to their country safely would be to put an end to the war in Syria and presence of ISIL in Syria, this is going to be the real condition for them to go back," she said.

Turkey, which hosts 2.2 million refugees, is keen to establish a safe area for refugees to live inside Syria.

At least 250,000 men, women and children have been killed since the beginning of the Syrian conflict in 2011, with 7.6 million displaced inside the country and over 4 million having fled into neighboring and other countries, according to the European Council.