Syrian Observatory for Human Rights said 51 of Assad's forces and 68 members of ISIL had been killed in the three-day offensive. 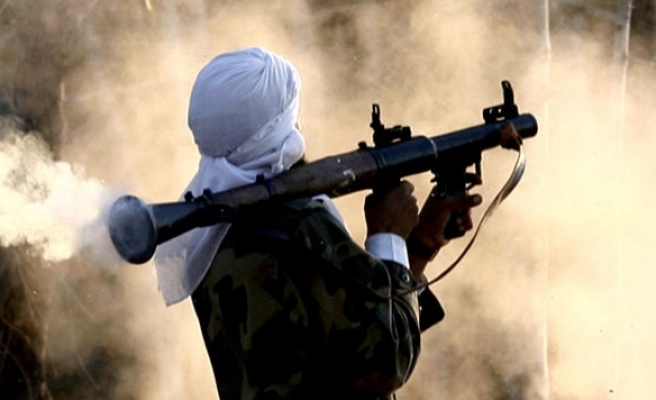 A Syrian military source said on Saturday that government forces had repelled an attack by ISIL militants on an air base in the eastern province of Deir al-Zor, one of the last remaining government stronghold in eastern Syria.

The Britain-based Syrian Observatory for Human Rights said ISIL fighters broke into the Deir al-Zor air base at dawn on Saturday but were forced to retreat. It said 119 fighters on both sides were killed.

A Syrian security source, when asked about the breach, said: "The terrorists have been unable to control the air base."

The ISIL has been gradually consolidating control of the oil-producing Deir al-Zor province this year. President Bashar al-Assad's forces have held on to the local military air base and parts of the provincial capital.

The Observatory said 51 of Assad's forces and 68 members of ISIL had been killed in the three-day offensive.

"Elements of the ISIL also pulled out of a mountain overlooking Deir al-Zor due to intense shelling," the Observatory said.

State media said on Saturday that the army had killed "a number of terrorists" in al Jufra, an area close to the airport. It said Syrian Air Force jets operating from the base had destroyed an ISIL convoy.

ISIL has been under pressure from U.S. air strikes in Syria since September, but that has not stopped it from launching attacks on Assad's forces and other targets to expel government forces and rival rebels.

The Twitter account of the U.S. embassy in Syria said late on Friday that a U.S. air strike in Deir al-Zor had hit ISIL targets: three vehicles, an excavator and a training camp.

It was unclear whether the attacks took place near the base.

Deir al-Zor borders territories in Iraq also controlled by ISIL. The province's oilfields are a major source of revenue for the group.