Syria shrine attack was deadliest in war with 120 dead 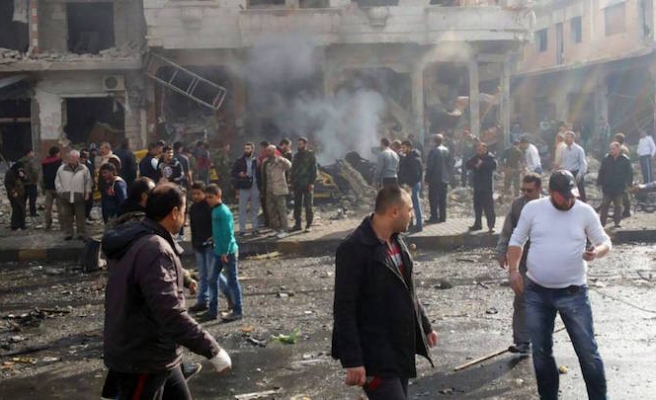 A string of bomb attacks on Sunday near a Shiite shrine south of Damascus killed 120 people, in the deadliest attack since Syria's war erupted in 2011, a monitor said.

At least 90 civilians were among those killed when suicide attacks claimed by the ISIL group ripped through the area of the Sayyida Zeinab shrine, the Syrian Observatory for Human Rights said.

They included displaced people from other parts of Syria, devastated by a nearly five-year conflict.

The rest of the dead were from pro-regime security forces, according to Observatory head Rami Abdel Rahman.

The bloodiest attack before Sunday's explosions had been carried out by Al-Qaeda's Syrian affiliate in May 2012 near Damascus and had killed 112 people.

An AFP reporter at the scene said the explosions struck about 400 metres (yards) from the revered Shiite shrine containing the grave of a granddaughter of the Prophet Mohammed.

A January attack in the same area -- also claimed by ISIL -- killed 70 people.