Sida was speaking as rebels and government forces backed by tanks and helicopters fought in the streets of Aleppo, Syria's main commercial city. 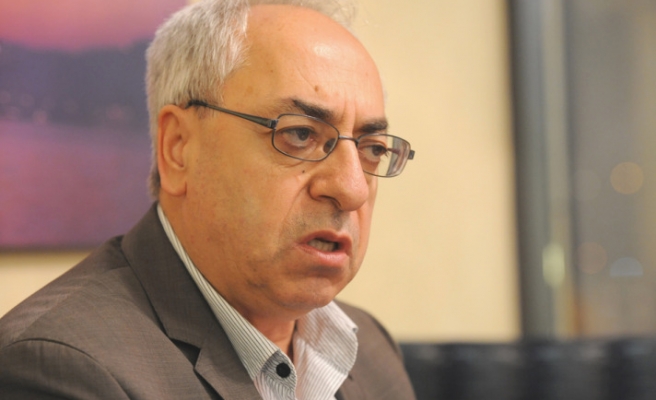 The Syrian opposition appealed on Sunday for its foreign allies to provide with heavy weapons to fight President Bashar al-Assad's "killing machine" and said it would soon start talks on forming a transitional government to replace him.

"The rebels are fighting with primitive weapons. We want weapons that we can stop tanks and planes with. This is what we want," Abdelbasset Sida, head of the Syrian National Council (SNC) opposition alliance, told a news conference.

Sida was speaking as rebels and government forces backed by tanks and helicopters fought in the streets of Aleppo, Syria's main commercial city.

Weapons supplies "will make Syrians able to defend themselves against this killing machine", Sida said.

He also said the opposition would hold talks within weeks to form a transitional government. Such a government would run the country between the eventual fall of Assad and democratic elections.

Most of its members would be drawn from the opposition but some members of the current Assad government might also be included, Sida added.

"This government should come about before the fall (of Assad) so that it presents itself as an alternative for the next stage," Sida told Abu Dhabi-based Sky News Arabia television.

"There are some elements in the current regime who are not bloodstained, who were not part of major corruption cases. We will discuss (including them) with other parties, but there should be a national consensus to accept them."

However, criticism about the SNC's legitimacy may complicate its efforts to form a transitional government. It backs the Free Syrian Army rebel force, despite having not always overtly supported it in the past.

Initial involvement of Tlas ruled out

Visiting Abu Dhabi to meet United Arab Emirates officials, Sida did not say when exactly a transitional government might be formed, telling the news conference that he had discussed the idea with Sheikh Abdullah bin Zayed al-Nahayan, the UAE's foreign minister.

Last week, Brigadier General Manaf Tlas, one of the highest-ranking defectors to flee Syria, said he would try to help unite Syria's fragmented opposition inside and outside the country in order to agree a roadmap for a power transfer.

Sida said he welcomed Tlas' defection but the general could not be involved in the early stages of organising a transitional government.

"The dialogue and coordination have to first be with the Free Syrian Army and the various members of the Syrian opposition movements, and after that if there are some roles to be played by members who have defected, then so be it - but with the condition that there is an agreement between the Syrians about that."

Sida also ruled out the possibility of Tlas becoming head of a transitional government.

"This has to be a person who can lead a national government and who has been committed to the revolution since the beginning," he said.