Syrian state television said five people had been killed and 18 others wounded in rocket attacks in Aleppo neighbourhoods. 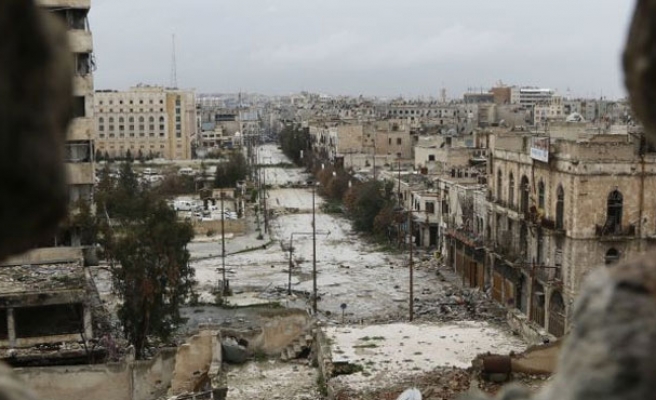 The Syrian army backed by allied militia has captured several villages north of Aleppo from insurgents and blocked a main supply route leading into the northern city amid heavy fighting, a group monitoring the war said on Tuesday.

Government forces had long been expected to encircle Aleppo completely, aiming to drive insurgents from Syria's second city and block their main supply road. A U.N. mediator has been struggling to broker a ceasefire deal there.

The Britain-based Syrian Observatory for Human Rights said pro-government forces had blocked a road leading north from the city towards the Turkish border and heavy clashes continued. They took villages including Bashkuwi and Sifat, while battles raged in Hardatain, the Observatory said.

Aleppo is at the heart of clashes between pro-government forces and a range of insurgents which include al Qaeda's Syria wing the Nusra Front, foreign fighters in other groups and Western-backed rebels.

Syrian state television said five people had been killed and 18 others wounded in rocket attacks in Aleppo neighbourhoods.

The pro-government al-Watan newspaper reported on Monday that government forces aimed to completely surround the city this week in a major offensive against insurgent groups.

Recent Syrian army progress in the area has reduced the chances of a truce between the government and disparate insurgent groups, diplomats say.