Although there are smaller, more indirect routes into Aleppo, taking the road would significantly reduce the rebels' ability to resupply and it would also allow the army to besiege the city 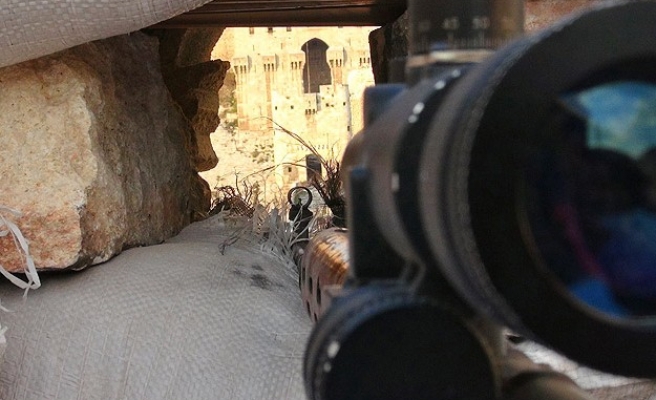 The Syrian army clashed with insurgents on the northern edge of Aleppo city on Friday, residents and activists said, threatening to take the last main rebel supply route into the city and trap opposition forces and civilians inside.

Although there are smaller, more indirect routes into Aleppo, taking the road would significantly reduce the rebels' ability to resupply and it would also allow the army to besiege areas of the city which fell to insurgents two years ago.

"The road is completely closed and the regime has erected barriers," said Muhammad Bidour, a 25-year-old activist opposed to President Bashar al-Assad. "Our comrades were there and had to take another very long road which takes hours."

Bidour said clashes were ongoing in the villages of Sifat and Dowir al-Zeitoun, around eight kilometres (5 miles) north of Aleppo.

Civilian Abdullah Qatmawi, 30, said he was unable to drive directly to Aleppo because of the blocked road. "When we arrived to the northern countryside (of Aleppo) we felt there was a problem on the road and when we arrived to Handarat there was fighting," he said.

The Britain-based Syrian Observatory for Human Rights, which tracks violence in the country, said the army was not yet in control of the main road but that clashes centred around Handarat, a northern Aleppo district, had blocked the route.

"If the army can take and hold Handarat, then Aleppo will be under siege," Observatory head Rami Abdulrahman said by telephone.

Syria's civil war started with peaceful pro-democracy protests that Assad sought to crush by force. Nearly 200,000 people have been killed and the United States has formed a coalition to battle the most powerful rebel group, ISIL.

As U.S. warplanes bomb ISIL in Syria's east, Assad's military has intensified its own campaign against some of the rebel groups in the west and north of the country that Washington considers its allies.