Three Syrian boys suffered electric shocks, with one seriously hurt, whilst playing atop a railway car at the Greek border camp of Idomeni, 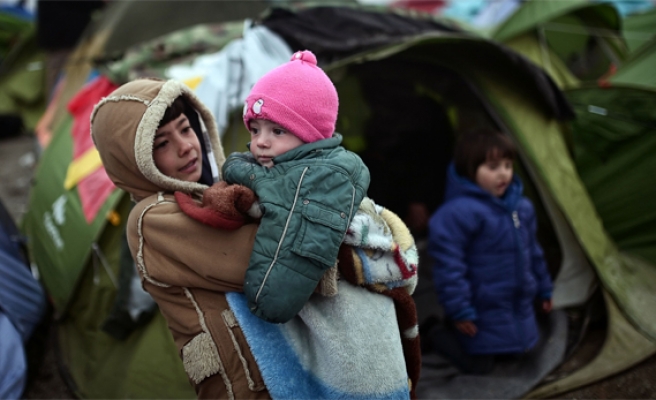 Three Syrian boys suffered electric shocks on Monday, with one seriously hurt, whilst playing atop a railway car at the Greek border camp of Idomeni, local police said.

One of the boys, aged 12, was taken to hospital at nearby Kilkis with burns on his legs and abdomen, police told AFP, while the other two did not require hospitalisation.

"He received first aid and oxygen here and was taken to hospital," an aid worker told Athina 9.84 radio, adding that the boy's life was not in immediate danger.

A migrant believed to be from Morocco had died in December in a similar incident at Idomeni, where more than 13,000 mainly Syrian refugees have been trapped under miserable conditions following a decision by Balkan states to limit the number of people allowed to continue their journey further north.

Overall, there are over 36,000 refugees in Greece, according to the government.

Some 150 Syrians on Monday held a protest to demand passage, holding a German flag and shouting the name of German Chancellor Angela Merkel -- one of the few European leaders who has shown keen interest in their plight.

Staff from the European asylum agency EASO on Monday were handing out leaflets in Arabic, urging the refugees to leave the grim camp and seek accommodation in one of many relocation centres the government has created in recent weeks.

Once there, they can register for the European Union's refugee-sharing scheme, which the EASO staff explained could take two to three months.