A rebel commander said that many fighters arrived in Damascus from several provinces 10 days ago to take part in the operation and more would be sent soon. 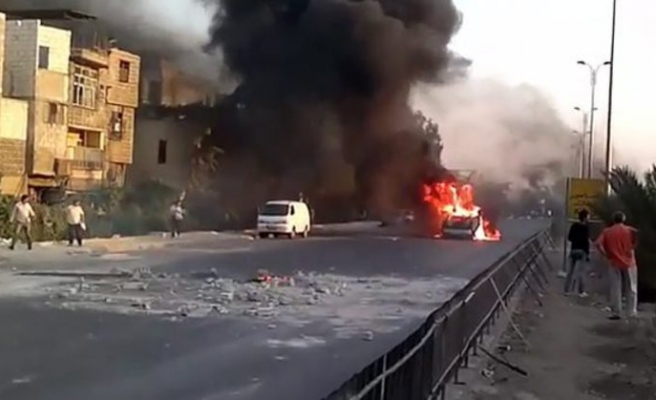 Rebels will intensify attacks inside the Syrian capital and target sensitive security installations in what they call an operation to "liberate Damascus", a rebel commander said on Tuesday, after three days of fierce fighting in the city.

Colonel Qassem Saadeddine, spokesman of the joint command of the Free Syrian Army inside Syria, told Reuters via Skype that many fighters arrived in Damascus from several provinces 10 days ago to take part in the operation and more would be sent soon.

"There is no going back. The Damascus battle has priority for us. We have started the operation to liberate Damascus," Saadeddine said, adding the rebels had called their operation "Damascus volcano and Syrian earthquake".

For three days rebels and government troops have clashed in the streets of Damascus in the fiercest fighting in the capital since the revolt against President Bashar al-Assad erupted last year, but neither side seems to able to deliver a decisive blow.

"This has been planned for some time now. We sent many groups and fighters to Damascus and its suburbs 10 days ago. We have sent at least 50 groups, each with around 50 fighters," Saadeddine said.

"We will hit security buildings. There is major coordination between all military councils regarding this. We will not stop, there is no return."

A Free Army officer taking part in the fighting in Midan district, the scene of some of the heaviest clashes in the past three days, said the situation was "really excellent".

The officer, who declined to be named, said the fighters were in control of Midan and succeeded in repelling army attempts to break into the neighbourhod.

The rebels said they were bracing for a conflict that could last a month. Although they lacked ammunition, they said they had enough weapons to hold their ground and were seizing more arms from Assad's forces across the country.

Activists' videos showed rebels seizing tanks and armoured vehicles in the city of Talbiseh, north of Homs, on Tuesday.

"Our fighters are already deployed in sensitive areas in Damascus. They went there knowing they will not leave alive. This is the battle, this is our battle," the FSA officer said.

"We are in the heart of Damascus, we have our plans, we even have our withdrawal lines and the lines to evacuate the wounded," he said.

A third officer said: "I cannot give details but all in all the situation is good, the regime started this battle and we will finish it."