Syrian Ceasefire: What you need to know

Al Jazeera answers a few key questions about what these commitments entail, what their chances of success are, and how the Munich agreement may shape the future of Syria. 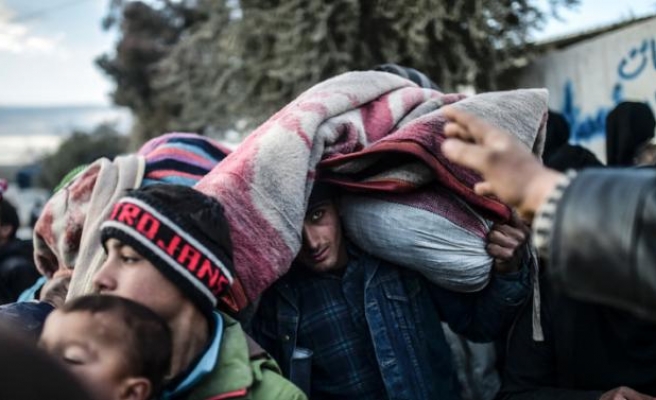 The deal that contained three main commitments around humanitarian access, a negotiated ceasefire and a political transition was reached in Munich by the International Syria Support Group (ISSG), a group of international actors mandated to find a resolution to the Syrian conflict. This group also includes Iran, Saudi Arabia, Turkey, and Qatar, as well as regional bodies, such as the Arab League and the European Union, has emerged out of previous attempts, notably the Geneva process, to negotiate a political solution to the Syrian conflict.

The deal has everything to do with the changing dynamics on the ground and the ability of Russia and its allies to impose a political vision for ending the conflict that suits their interests.

In theory, the ceasefire should apply to all of Syria. However, Russia has insisted that, along with its allied forces, it reserve the right to attack ISIL and al-Nusra Front forces as these two groups are outside the framework of the ceasefire, as are other groups labelled as 'terrorist' by the UN.These two groups have become convenient scapegoats for Russian attacks throughout Syria. Russia has essentially reserved the right to militarily engage any armed groups in Syria under the pretext of fighting ISIL and Nusra.

Although Russia is working the US to asefire-abiding areas or not, but they have yet to agree on the specific geographic contours of the agreement. The absence of such contours will give Russia greater military latitude effectively meaning that it gives Russia far more play into conflict zones.

What are the chances of the ceasefire holding and for how long? What could it hold and why might it not?

The ceasefire is unlikely to hold for three main reasons: First, Russia and its allies have reserved the right to attack forces outside of the ceasefire. This means that any violence on the ground that is committed by Russia or regime-led forces can be justified within the framework of the Munich agreement and the ceasefire under the pretence of fighting ISIL.

Second, there are simply thousands of small, organised brigades in Syria that have little interest in a cessation of hostilities.Third, most of the rebel groups inside of Syria cooperate with other groups on the battlefield. This is tied with their political or ideological affinities as much as their strengths and waaknesses and need to build alliances to make military gains.

How many of the rebel groups have committed to the ceasefire?

What are the chances that humanitarian aid will reach the besieged areas?

The agreement will likely lead to enhanced humanitarian access throughout the country.

Humanitarian airlifts are about to begin the delivery of relief to besieged areas, and there are agreements between regime and opposition forces to lift sieges imposed on specific towns and villages, including Madaya.Unfortunately, the ISSG agreement does not carry stipulations for levels of humanitarian aid as it focuses solely on creating access.

Will the ceasefire lead to a political transition?

While being able to generate interest, it is unlikely. The commitment to a political transition envisaged through the UN Security Council Resolution 2254 is unlikely to generate resources and energy at this point when so much focus is on the ceasefire.