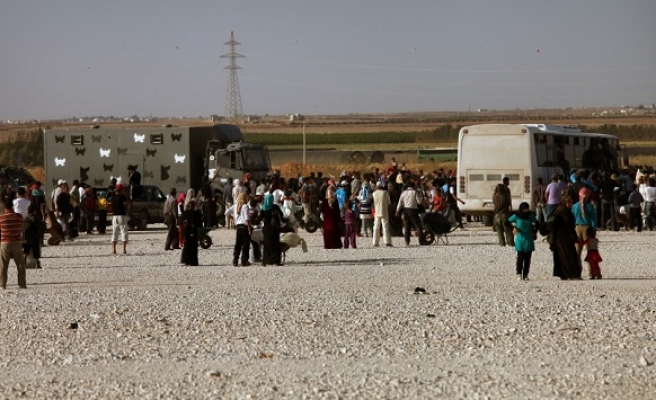 Abdulkafi Auni, heavily wounded after unknowingly playing football with a bomb, is getting better every day in Turkey’s southern Kilis province.

Nearly a week ago, five children were heavily wounded after playing with a bomb they found underneath the soil in Syria’s northeastern Aleppo province’s Al-Bab district.

The children returned home in Al-Bab’s city center, after the area was liberated from Daesh in Operation Euphrates Shield.

The operation, which began last August and ended in March this year, was launched with the aim of eliminating the terrorist threat along the Turkey-Syria border with the use of FSA fighters backed by Turkish artillery and air cover.

After the blast, the children were brought to the nearest hospital by Turkish soldiers.  Twelve year old Abdulkafi Auni, in serious condition, was sent to Turkey in an ambulance.

Auni had surgery and stayed in the intensive care unit for four days.

Ruined streets, houses and schools returned to normal in the region where they live, after the Operation Euphrates Shield, Auni told Anadolu Agency.

Stating that he had a chance to play with his brother, uncle’s son and two friends, as it was holiday, Auni said:

“We found something underneath the soil. We took it out and started to play with it. Then it exploded and we were all injured.”

Auni also said that his condition gets better day by day, and he thanked everyone who helped him during his recovery.