"Neither the armed opposition nor the regime is capable of defeating the other side" Qadri Jamil told Britain's Guardian newspaper in an interview. 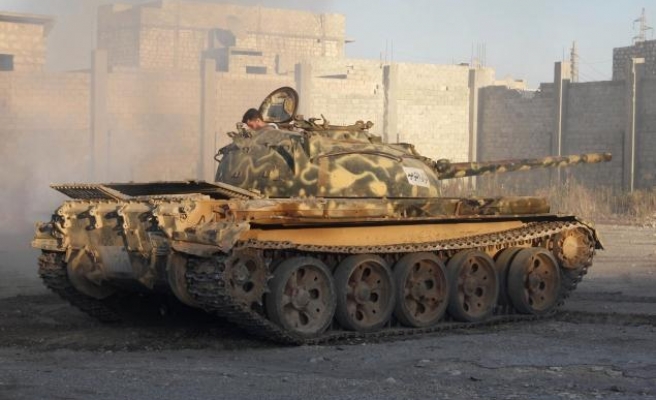 A Syrian Deputy Prime Minister said neither government forces nor rebels were currently capable of outright military victory in the country's civil war, according to the British Guardian newspaper.

Rebels have been fighting government forces in a civil war which has claimed 100,000 lives since 2011. Rebel forces control large areas of the country while better-armed forces loyal to President Bashar al-Assad retain Damascus and key army bases.

"Neither the armed opposition nor the regime is capable of defeating the other side," Qadri Jamil told Britain's Guardian newspaper in an interview published on its website.

"This zero balance of forces will not change for a while."

The use of chemical weapons on Aug. 21 brought Washington close to ordering a strike against Assad, whom the West blames for the attack that the United Nations says killed 1,429 people.

On Saturday, however, Russia and the United States agreed a deal to eliminate Syria's chemical weapons arsenal, averting a strike. The plan must now go the U.N. Security Council and win Syria's full compliance.

The Guardian quoted Jamil as saying the Syrian economy had lost about $100bn (£62bn), equivalent to two years of normal production, during the war.

Asked during the Guardian interview what proposals the Syrian government would bring to a broader peace conference sought by world powers, Jamil said:

"An end to external intervention, a ceasefire and the launching of a peaceful political process in a way that the Syrian people can enjoy self-determination without outside intervention and in a democratic way."

Jamil, a veteran communist with a doctorate from Moscow state university, holds the post of deputy prime minister for economic affairs and minister of international trade and consumer protection.