Syrian Electronic Army use new tactic to attack US media

The latest attacks were significant because the hackers simultaneously targeted several sites by breaching a single supplier whose content is published on multiple platforms. 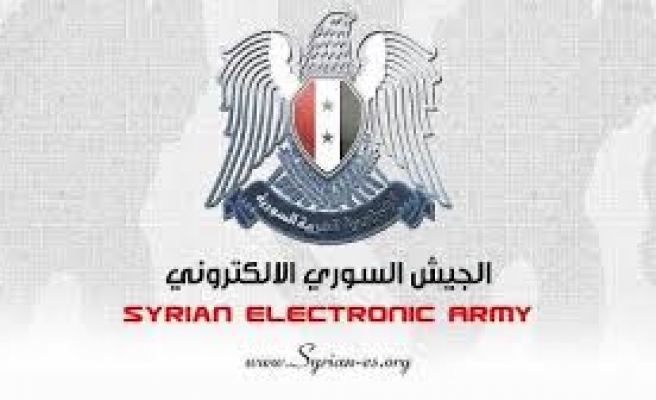 Hackers promoting the Syrian Electronic Army simultaneously targeted websites belonging to CNN, Time and the Washington Post on Thursday by breaching Outbrain, a firm which publishes content recommendations on those sites.

That resulted in some WashingtonPost.com and Time.com customers being redirected to the website of the Syrian Electronic Army when they clicked on the content from Outbrain, said Outbrain Vice PresidentLisa LaCour. The CNN International site briefly displayed a headline that said "Hacked by SEA," she said.

The Syrian Electronic Army is an online group that supports Syrian President Bashar al-Assad and has been linked to several high profile attacks. They include one on the Associated Press' Twitter feed in which a bogus message was sent out about explosions at the White House.

The latest attacks were significant because the hackers simultaneously targeted several sites by breaching a single supplier whose content is published on multiple platforms.

In previous campaigns linked to the Syrian Electronic Army, hackers have breached networks using similar tactics. But in those cases emails were sent to employees of a single specific media outlet they were targeting, which made preparations for the attacks more labor intensive.

Outbrain, which posts content on a large number of prominent news sites, took down its entire network at about 11 a.m. EDT (1500 GMT) on Thursday, before the hackers could do any more damage, LaCour said.

The company's technicians, who are based in Israel, cleaned up the network and planned to restore service late on Thursday, she said.

Outbrain said the hackers got in after sending a phishing email to all company employees on Wednesday that purported to be from the CEO. An employee provided login credentials in response to that email and then the hackers were able to get other credentials for accessing internal systems, the company said.

Chris Wysopal, chief technology officer for software security firm Veracode, said he believes that hackers will increasingly choose to go after third-party providers because their security is likely to be more lax than that of their customers.

"As the Internet becomes more interconnected, this risk is going to increase," he said.

Time and CNN, both owned by Time Warner, and the Washington Post all said they believed that their sites had not been impacted by anything besides the attack on Outbrain.