Hospitals in Homs, Aleppo, Damascus, Deraa and the coastal area of Latakia have come under government shelling or aerial bombardment. 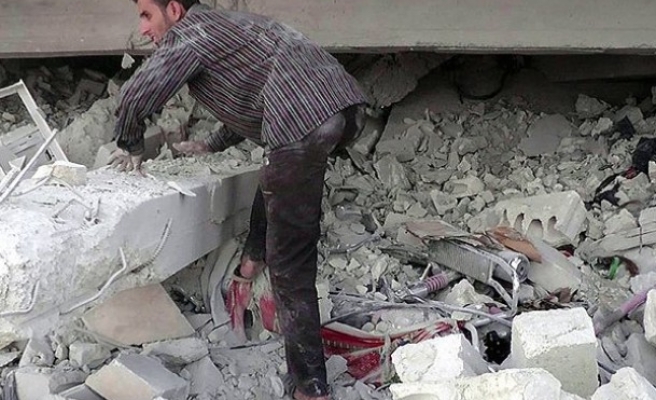 Fighters loyal to President Bashar al-Assad purposefully denied people medical care as a "weapon of war" and had also tortured people in their own medical centres, the independent investigators said.

The U.N. team had details of a smaller number of incidents when rebel forces attacked hospitals.

"The pattern of attacks indicates that government forces deliberately targeted hospitals and medical units to gain military advantage by depriving anti-government armed groups and their perceived supporters of medical assistance," the report said.

The attacks started as violence mounted in Syria's conflict in early 2012 and were continuing, it added.

Neither Assad's forces nor rebel groups immediately responded to the allegations.

The Syrian army has occupied hospitals, using them as bases for snipers, tanks and soldiers, according to the report. Ambulance drivers, nurses and doctors have been attacked, arrested, tortured or disappeared in "insidious" violations of international law.

"Intentionally directing attacks against hospitals and places containing the sick and the wounded and against medical units using the Red Cross or Red Crescent emblem is a war crime in non-international armed conflict," the investigators said, referring to a legal term for civil war.

Many people had bee tortured to death in a government military hospital in Mezze, Damascus, the report added. In another military hospital in the northwestern Homs district of Al Waer "doctors were ordered to keep victims alive so that they could be interrogated further", it said.

The team of 20 human rights experts, led by Brazilian Paulo Pinheiro, was not allowed into Syria but interviewed more than 2,000 Syrian refugees, defectors, former patients and health staff in neighbouring countries over the past two years.

"Victims relay harrowing accounts of the wounded and sick languishing at checkpoints unable to reach medical treatment, coming under renewed attack in hospital and doctors providing impartial aid being arrested and targeted," the report said.

Hospitals in Homs, Aleppo, Damascus, Deraa and the coastal area of Latakia have come under government shelling or aerial bombardment.

Syrian security forces occupied the National Hospital in Deraa city - in a southern province that was the cradle of the revolt - for two years to March 2013. Snipers on its roof fired on sick and wounded trying to enter, the experts said.

In the north, in Aleppo, Tal Rifat public hospital was destroyed by air strikes in April 2012 and field hospitals that tried to provide care were attacked by fighter jets from May to August, they added.

Field hospitals in Deraa have been under constant shelling this year, killing doctors and patients, according to the report. "As such attacks continue, field hospitals have literally been driven underground, forced to operate in the basements of houses."

Although the scale of documented abuses by rebel forces appeared to be far smaller, there were increasing indications some armed groups failed to respect medical personnel and neutrality of health facilities, the report said.