Youssef Abdelki arrested in the port city of Tartous on Thursday, has long criticised Assad and his late father, Hafez al-Assad. 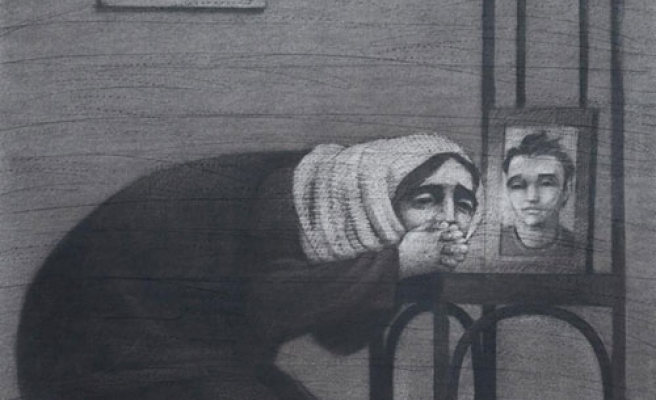 Youssef Abdelki, 62, arrested in the port city of Tartous on Thursday, has long criticised Assad and his late father, Hafez al-Assad, who ruled Syria for 30 years until his death in 2000.

Two prominent members of a banned communist party, the Workers' Party, Tawfiq Amran and Adnan Abbas, were arrested along with Abdelki and taken to an undisclosed location, the pro-opposition Syrian Observatory for Human Rights said. All three had served previous jail terms for political dissent.

Opposition groups say several other civil rights activists have been arrested this week, in what they say is a sign that the Syrian government is ramping up pressure on those who eschew violence and advocate peaceful resistance to Assad.

Syria's 28-month-old conflict began with peaceful protests that met a violent response from Assad's forces, gradually igniting an insurrection that has cost more than 90,000 lives.

"Assad's forces are intentionally targeting the groups that are not associated with the armed revolt. They want to make them feel the only choice is the rebels or the regime," Samer Aita, a member of the Syrian Democratic Forum, told Reuters in Beirut.

The opposition Forum, which offers humanitarian aid to Syrian refugees and displaced families and advocates democracy in Syria, said two of its activists, Rami Suleiman and Badr Mansour, had been arrested this week. Young Syrian activists have begun a social media campaign demanding their release.

They are also campaigning for Abdelki's release, calling him a gifted painter and a mentor for young artists and activists. His popular Facebook page is called "Art and Freedom".

An artist friend of Abdelki, who asked not to be named, compared him to Picasso and said his paintings, caricatures of the Assad family and blogs in support of young artists had inspired many, saying: "This is a huge blow to our revolution."