"Protesters phoned in to say that two people have been killed, but this is an initial report still to be confirmed," an activist in Damascus told Reuters by phone. 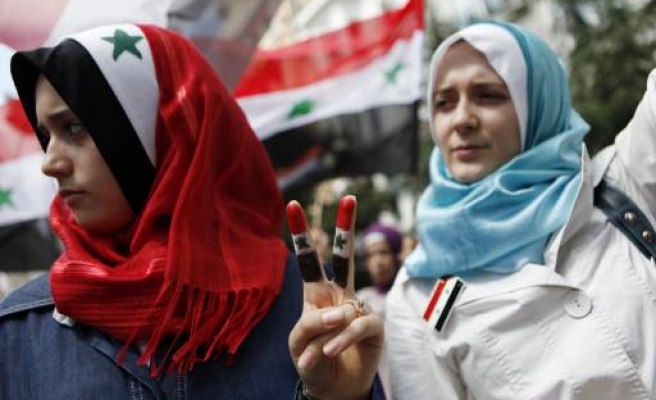 Forces loyal to President Bashar al-Assad fired at protesters after Friday prayers in the Damascus suburb of Douma, as demonstrations flared anew across Syria in a sixth-month-old uprising against his autocratic rule, activists said.

"Protesters phoned in to say that two people have been killed, but this is an initial report still to be confirmed," an activist in Damascus told Reuters by phone.

Other activists and residents reported protests in cities and towns, many of which have been stormed by tanks, stretching from Deir al-Zor province in the east to Deraa in the south to the northwest province of Idlib.

They said demonstrations also cropped up in large cities such as Hama and Homs along the main highway leading to Turkey, and in districts of the capital Damascus.

"Gaddafi is gone, it is your turn Bashar!" shouted protesters in he town of Hirak northeast of Deraa, buoyed by the apparent overthrow of the Libyan strongman by rebels this week, according to a witness who spoke by phone.

"The (security police) fired in the air to disperse the protest of 2,000. There were no casualties," he said.

In the town of Kisweh just south of Damascus, home to refugees from the Israeli-occupied Golan Heights, YouTube footage showed protesters shouting "damn your soul Hafez" in reference to Assad's late father, and carrying placards that said "take heed from what happened to others."