Dozens of tanks and hundreds of soldiers stormed towns and villages near Syria's northwest border with Turkey on Wednesday. 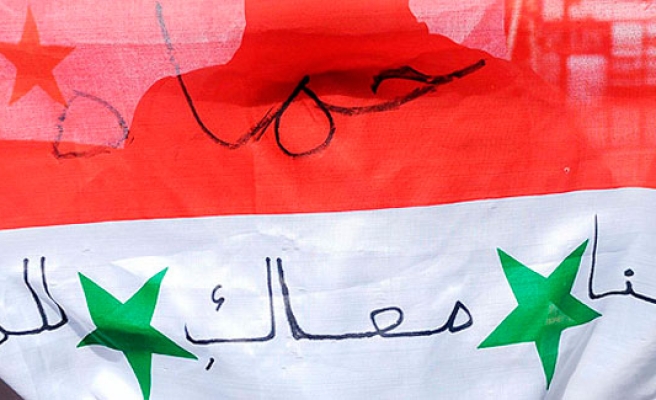 Security forces and armed men loyal to Assad, fired machineguns randomly as they swept into at least 10 villages and towns in Jabal al-Zawiya from a nearby highway, after blocking access to the region and cutting off communications.

"There are casualties but no way yet to ascertain the numbers because it is difficult to communicate," one local activist said.

International rights groups, Western and Arab diplomats and local activists cite many more mass arrests in the last two weeks, including of wounded protesters in hospitals, more assassinations of street protest leaders, as well as more activists being reported tortured to death in prison.

The latest activist to die in prison was 25-year-old Ghayath Mater, whom Washington said was killed by the authorities for his "brave commitment to confronting the regime's despicable violence with peaceful protest".

Robert Ford, the U.S. ambassador in Syria, paid condolences at Matar's wake in the Damascus suburb of Daraya this week, together with the ambassadors of Britain and France.

Syrian authorities rarely comment on specific killings, but they have denied reports of suspected torture in the past and said arrests are only made in accordance with the constitution.

In the northwest, the assault in Jabal al-Zawiya followed a major sweep this week on al-Ghab Plain, farmland to its south that has seen regular protests and serves as a supply line for army deserters.

At least 26 villagers have been killed by troops in the last 72 hours in al-Ghab, local activists said.

Most of the deserters, who are estimated to number in the hundreds, are from the Sunni Muslim rank and file, which is dominated by an officer corps from Syria's minority Alawite sect, to which Assad and the ruling hierarchy belong.

Lacking an organised command and access to weapons to match Assad's core forces, many of the deserters have tried to flee to Turkey, residents and local activists say.

Turkey has kept the border open with Syria and has not stopped thousands of refugees who have crossed into its territory to escape the intensifying military assaults on numerous villages and towns in the northwest.

Turkish Prime Minister Tayyip Erdogan said on Tuesday that neither he nor the Syrian people believe Assad any longer because he has failed to carry out democratic reforms.

"As civilian deaths increase in Syria we see that reforms have not materialised and they did not speak honestly. It is not possible to believe this. And the Syrian people do not believe in Assad, nor do I. We also do not believe him," Erdogan said in a speech in Cairo to set out Turkey's vision of the Middle East.

Erdogan, whose country has urged Assad repeatedly to end his crackdown on dissent, stopped short of echoing the United States and European Union in calling for Assad's resignation. The EU has imposed an embargo on Syria's oil sector, possibly cutting off a major source of cash for Assad.

"Nobody can be a friend with or trust an administration that fires bullets at its people and attacks its cities with tanks," Erdogan said. "A leader who kills his own people has lost his legitimacy."

An adviser to Assad, on a visit to Moscow this week, said that reports of mass civilian killings have been exaggerated by the media and that the only casualties were 700 soldiers and policemen killed by terrorist groups and a similar number of what she described as mutineers.

Arab League states called in statement from Cairo on Tuesday for "immediate change" in Syria, an end to the bloodshed and for Assad to implement measures agreed on during a visit by Arab League Secretary-General Nabil Elaraby to Damascus last week.

Elaraby said he had discussed with Assad a ceasefire, the release of thousands of political detainees and allowing an Arab League fact-finding mission to visit the country. He said Assad had been "responsive" but gave no more details.