The two-day conference is hosting the leader of the Syria Muslim Brothers, Riad Shafka, and President of SNC, Abdulbasit Sida, alongside politicians from Arabic countries and Syria. 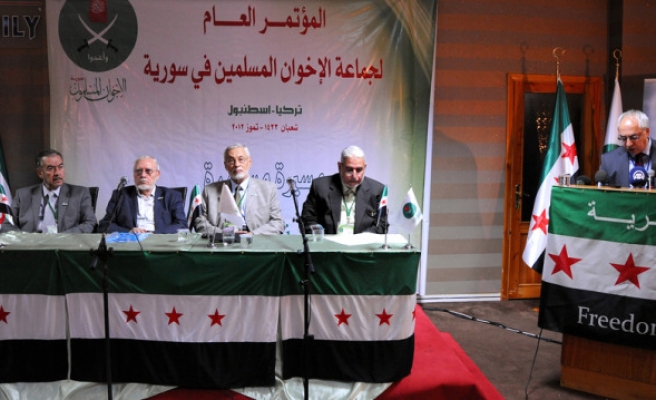 "Muslim Brothers: Continuing March", a conference hosted by the Muslim Brothers Organization to support the public opposition in Syria, began in Istanbul on Monday.

The two-day conference is hosting the leader of the Syria Muslim Brothers, Riad Shafka, and President of Syrian National Council, Abdulbasit Sida, alongside politicians from Arabic countries and Syria.

Latest situation in Syria and support for peace and freedom in Syria will be the main topics of the conference.

Speaking at the opening of the conference, Shafka said that even though the world was supporting Syrians alone, there were still dispute and violence.

Shafka stressed, "As Muslim Brothers, we carried on with our lives under the pressure of Al-Assad's regime. We support all opponents. We do not accept any decisions being taken without the voice of Syrian public."

Speaking at the conference, President of Syrian National Council, Sida, pulled attentions onto the barbarous killing of children and the use of heavy weapons and said that they supported the "Free Syrian Army".

Vice President of the Council of Syrian Muslim Brothers Organization, Hassan Hattab, reminded the ousted Libyan leader Moammar Qadhafi and ousted Egyptian leader Hosni Mubarak and claimed, "The end of Al-Assad will be similar to theirs'."