The Syrian Observatory for Human Rights said nine civilians were killed and 25 wounded on Sunday. 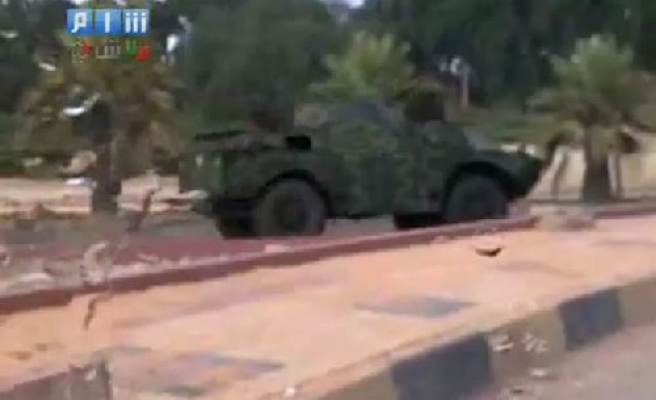 The Syrian navy shelled two densely populated residential districts of the main Mediterranean port city of Latakia on Sunday, residents and rights campaigners said, in the second day of a military assault to crush protests.

"I can see the silhouettes of two grey vessels. They are firing their guns and the impact is landing on al-Raml al-Filistini and al-Shaab neighbourhoods," one witness told Reuters by phone from Latakia, where tanks and armoured vehicles deployed three months ago to crush dissent against President Bashar al-Assad.

Tank fire killed at least eight people in Latakia on Sunday, residents said, bringing the total killed since the beginning of the assault on Saturday to 10. The Syrian Observatory for Human Rights said nine civilians were killed and 25 wounded on Sunday.

Assad is from Syria's minority Alawite sect. Latakia is majority Sunni with a large Alawite population, encouraged by the state to move there with offers of cheap land and jobs.

Demonstrations against Assad during the five-month uprising against his autocratic rule have been biggest in Sunni neighbourhoods of Latakia, including Salibiya in the centre of the city and Raml al-Filistini and al-Shaab on the southern shore.

Troops and tanks have been besieging the two neighbourhoods for months, residents say, with garbage going uncollected and electricity regularly being cut.

In March, leading Syrian opposition and civic figures, including Aref Dalila, a prominent economist from Latakia, issued a declaration denouncing sectarianism and committing to non-violent democratic change in the wake of disturbances involving an Alawite militia loyal to Assad, known as 'shabbiha'.

Dalila, an Alawite, has repeatedly warned against Latakia being used by the authorities to whip up sectarian fears among Alawites of a backlash against them if they lose power, instead of concentrating on transforming Syria into a democracy where all sects would enjoy equal treatment under a new constitution.

The Syrian state, the military and security apparatus are dominated by members of the minority Alawite sect. Sunni Muslims make up three-quarters of Syria's population.