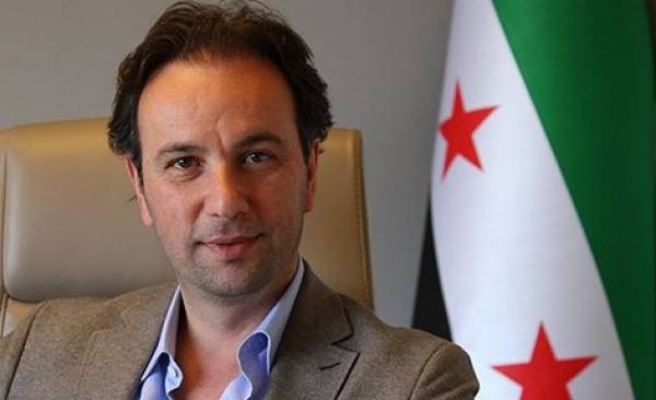 Khaled Khoja, head of the Turkey-based Syrian National Coalition, which opposes the Syrian regime of President Bashar al-Assad, has called on the international community to condemn what he described as the “Russian-Iranian occupation” of the war-torn country.

At a press conference held late Wednesday in New York, Khoja described the adoption of measures to protect civilians as a “necessary step” towards the establishment of a “transitional stage” in which al-Assad would not play a part in the governance of Syria.

According to Khoja, Russian airstrikes carried out Wednesday in western Syria had resulted in 36 civilian casualties.

“It’s clear to the world that Russia’s claim of intervening to fight the ISIL militant group is just an excuse to prop up a regime that has lost legitimacy,” Khoja asserted in New York.

“The Syrian regime now controls only 14 percent of [Syrian territory],” he said. “We must reassert the right of the Syrian people to liberate their land from dual Russian-Iranian occupation.”

Russian warplanes on Wednesday struck targets inside Syria for the first time, according to statements by the Russian Foreign Ministry.

On Tuesday, Khoja had urged the international community to impose a no-fly zone in the war-weary country with the aim of saving civilians, who, he said, were suffering “genocide” at the hands of the Assad regime.

Syria’s devastating civil conflict, now in its fifth year, has claimed more than 250,000 lives, according to UN figures, and made the country the world's single-largest source of refugees and displaced people.