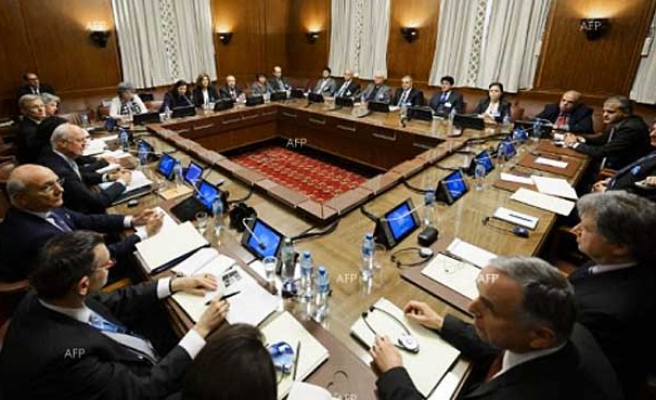 The Syrian opposition groups announced early Friday that they would send a combined delegation to the UN-brokered peace negotiations scheduled to be held next week in Geneva.

Bassma Kodmani, a member of the Syrian opposition’s High Negotiation Committee (HNC), told reporters in the Saudi capital Riyadh that they had agreed to send a 50-member delegation to join the peace negotiation to be held on Nov 28.

Kodmani added that further meetings would be held on Friday to finalize the president of the delegation, leaders and the decision mechanisms.

But he said that delegation will have members from the all groups, including Cairo and Moscow-based opposition groups as well as from the Saudi-backed High Negotiations Committee (HNC) and the Istanbul-based National Coalition.

In the ongoing meeting in Riyadh, the opposition groups, excluding the Moscow-based platform, have agreed that Syrian President Assad must step down, Kodmani underlined.

“We go to Geneva without a precondition, but our thinking about political transition passes through the creation of a safe environment, which cannot be achieved under the current regime," said Kodmani indicating that "the transition period begins with the step down of Bashar Assad's administration".

The Cairo group President Firas al-Khalidi, also made a statement on the outcome of the two-day meeting in Riyadh.

He pointed out the participants of the meeting were concerned about Assad's government's abandonment, while the Moscow group was hesitant about it.

Khalidi reiterated that the participants in Riyadh agreed to form a delegation of 50 people to represent all opposition groups and organizations and to undertake the task of negotiating in Geneva.

He mentioned that he called on UN Special Representative for Syria, Staffan de Mistura to launch a precondition-free negotiation in order to achieve a political solution based on Geneva-1 negotiations and UN Security Council resolution no. 2254.

Khalidi denied the news that the groups of Cairo and Moscow were withdrawn from the meeting, stating that the situation concerning their withdrawals stemmed from a dispute in technical form, but that the problem was solved.

Opposition groups of the meeting in Riyadh had announced earlier that new members of the delegation for the Geneva talks were selected.

The initial negotiating delegation was formed at the first Riyadh meeting in December 2015 and represented opponents in the Geneva talks.