Thousands of civilians fled their homes in Aleppo due to fierce clashes between opposition groups and regime forces. 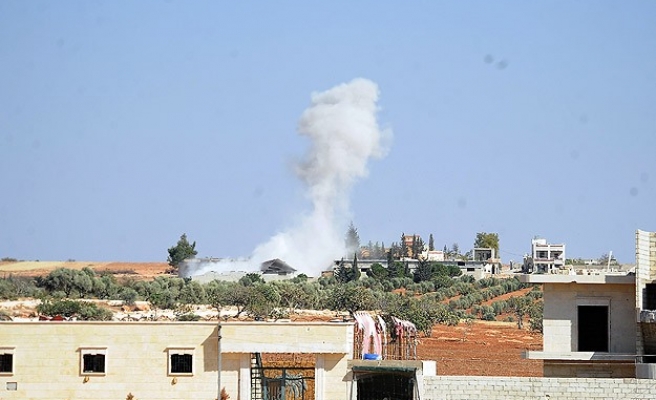 “Intense clashes between opposition groups and the Syrian regime took place in Ratyan," Yaser Ahmed, al-Sham Front’s spokesman told The Anadolu Agency. "Opposition fighters besieged some of the regime forces in a building during the clashes."

“We destroyed a regime tank and captured another," he said. "Regime forces and Hezbollah militias sustained severe damage in the intense clashes.”

Opposition forces managed to retake control of Hardatnein village after the regime’s earlier attack on the area.

A local police officer who spoke to The Anadolu Agency on condition of anonymity said thousands of civilians fled Aleppo’s northern and western villages.

A civilian told The Anadolu Agency he had to flee his home unexpectedly with his family of nine, all of them women and children.

“We were forced to flee the village after the intense clashes and random regime shelling," Abu Ahmed said. "We are heading to Afrin and from there, we will pass to Turkey.”

Syria has been gripped by constant fighting since the regime launched a violent crackdown in response to anti-government protests in March 2011, triggering a conflict that has left at least 350,000 people dead and displaced almost half of the country's population.