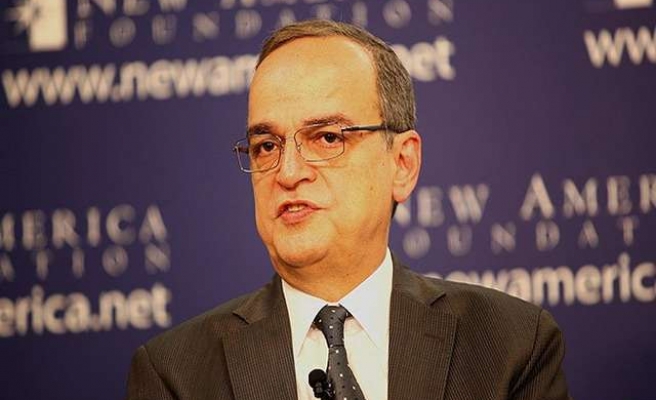 Syria's Western-backed opposition, the National Coalition, elected Hadi al-Bahra, chief negotiator at the Geneva peace talks, as its new president on Wednesday after a three-day meeting in Istanbul.

The United States and other key powers have designated the National Coalition as the main body representing the opposition to Syrian President Bashar al-Assad, but it has little power inside Syria where disparate militant groups outside its control hold ground.

Bahra, a U.S-trained industrial engineer, has close ties to regional powerhouse Saudi Arabia, as did his predecessor Ahmad Jarba, who stood down after serving the maximum two six-month terms.

"We will not give up the fundamentals of the revolution and our demands are freedom and human dignity," Bahra told a news conference in Istanbul on Wednesday evening.

Bahra's election is unlikely to have any impact on the situation in Syria or within opposition ranks for now, though France - the first Western country to back the Coalition - welcomed his appointment and said it was still striving for a political resolution of the conflict.

The United States also applauded Bahra's selection. "We look to President-elect Bahra and other new leaders to reach out to all Syrian communities and to strengthen unity amongst moderate opposition institutions," U.S. State Department spokeswoman Jen Psaki said in a statement.

Infighting within the opposition coalition has undermined rebel efforts to take on forces loyal to Assad.

Talks sponsored by the United States and Russia in Switzerland to end the three-year-old civil war stalled after two rounds in January and February, when the coalition and Assad's representatives failed to make substantive progress.

Bahra, born in Damascus in 1959, has worked in Saudi Arabia as a businessman running hospitals and a Jeddah-based media and software distribution company, a biography on the National Coalition's website said.

While welcoming Bahra's election, the French Foreign Ministry said Paris would not change its stance of providing civilian and non-lethal military aid. The rebels say they need heavy weaponry to change the balance on the ground in Syria.

"We will continue to provide support to help (the Coalition) fight oppression and terrorism," spokesman Romain Nadal said in a daily online briefing.

"This aid aims to help the moderate opposition protect the population against attacks by the regime and terrorists and provide basic public services in liberated zones."

A French diplomatic source said there was no real political will in Paris to increase military support and that the French wanted to focus on humanitarian efforts.