'We think conditions are not appropriate for resumption of Geneva peace talks,' senior official of Syrian opposition group says in Paris 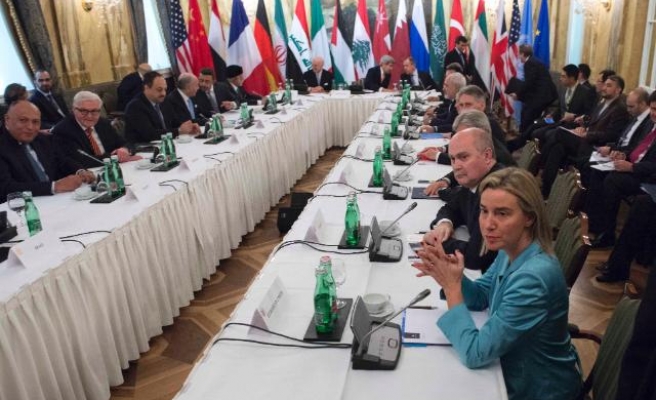 A senior official of a Syrian opposition group in Paris has objected to a resumption of the Geneva peace talks due to take place on March 9, citing unfavorable conditions.

He also said the partial cease-fire between the Syrian regime and the opposition, which entered into effect on Feb. 27, had been violated several times.

“Since the cease-fire, the Syrian regime and its allies carried out 90 airstrikes and targeted civilian positions with many weapons, primarily barrel bombs with chlorine gas," he said.

Hijab said the opposition was not open up to the resumption of talks because of the repeated breach of the cease-fire.

However, he said, peace talks would not be shelved completely. "It is too early to say peace talks will never take place. We will decide [on that] after the meeting with the armed wings of our committee," he added.

He also called for an international delegation to audit the implementation of the cease-fire.

Hijab also commented on the humanitarian plight of people in Syria, where food and medical supplies remain scarce.

"The humanitarian condition is gradually worsening across the country, primarily in Madaya. There is a need for humanitarian aid, medicine and food," he said.

He also criticized the PYD group, which is the Syrian affiliate of the PKK terrorist organization, saying its presence in the region facilitated massacres against civilians. "The PYD is cooperating with the [Bashar al-Assad] regime, Russia and Iran. The PYD is an arm of the regime and ally of Russia and Iran. This is clear," he added.

Hijab reiterated that the opposition group would agree to a transition process if Assad stays out of it.

"A leader whose hands are covered with blood cannot take part in the transition government. We can just discuss a transition in which Assad is not involved," he said.