The SNC attendance at the Geneva II talks violated the general assembly decision of Syria's opposition groups taken in November, according to a statement from groups 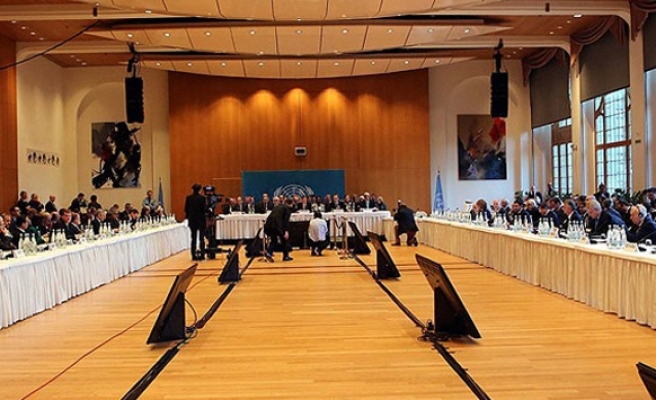 'Geneva talks are illegal and attending Geneva is an implied approval to the killings ongoing in Syria', a group of organizations under Syrian National Coalition (SNC) said in a written statement on Saturday.

The statement came from a collection of groups and individuals that broke away from the coalition in early January - before the start of Geneva II -  protesting about the SNC's decision to attend peace talks.

The Turkmen Movement, Syria Business Forum, Local Councils, Syria Supreme Revolution Council and Revolutionary Movement Blog and 40 individuals released a joint declaration, stating that they are for any political solution which will contribute to goals of revolution and stop the blodshed in Syria.

The group were reiterating their position with the Geneva talks expected to resume soon.

"However, negotiating with the Assad regime does nothing (to stop) the killing and does not give any sense of trust; it is just an implied approval to killings in Syria," added the statement.

It was also stated that the SNC attended the Geneva II talks violating the general assembly decision of Syria's opposition groups taken in November, stipulating that the opposition would not get into negotiations with the Assad regime.

The statement said that during the Geneva II talks the Assad regime was attacking the Syria's civilians with barrel bombs and more than 1,000 people have been killed since then.