In a letter to the U.N. Security Council dated Sept. 19, SNC President Ahmad Jarba said the coalition "reaffirms its willingness to engage in a future Geneva Conference". 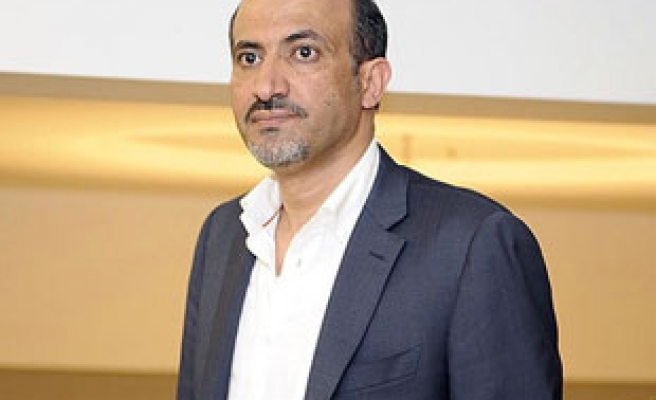 The head of the Syrian National Coalition has said the group is ready to attend a proposed Geneva conference to end the civil war, if the talks aim to establish a transitional government.

It was the first clear commitment by the Western- and Arab-backed coalition to attend the proposed conference, but other opposition voices, including rebels inside Syria, said they were against talks as long as Bashar al-Assadremains president.

The SNC - made up mostly of exiled anti-Assad figures - had dithered over whether to attend the U.S- and Russian-sponsored talks, especially after a chemical weapons attack on Aug. 21 that killed hundreds of people inDamascus.

In a letter to the U.N. Security Council dated Sept. 19, seen by Reuters, SNC President Ahmad Jarba said the coalition "reaffirms its willingness to engage in a future Geneva Conference".

But "all parties must ... agree that the purpose of the conference will be the establishment of a transitional government with full executive powers", stipulated at the first round of international talks in Geneva last year.

Responding to his critics, Jarba said after meeting French Foreign Minister Laurent Fabius in Paris on Sunday that the letter does not contradict the goals of the 2-1/2-year-old uprising to bring down Assad's autocratic rule.

"We are committed to the principles of revolution, but we are not against a political solution that is in line with what the uprising erupted for," Jarba said.

The SNC has insisted that Assad play no role in a transitional authority. But Assad has dismissed prospects of transferring powers.

Moaz al-Agha, a senior member of the Islamist al-Sahaba Brigades, said the U.S.-Russian deal to destroy Assad's chemical weapons arsenal that reduced the likelihood of a U.S. strike showed the SNC was powerless.

"If the coalition had any credibility it would have resigned en masse. Its priority should be to break the siege on the liberated areas and stop the indiscriminate bombardment, not to make statements that bestow legitimacy on Assad in these circumstances," Agha told Reuters.

"Negotiating with Assad would be a sellout of all the people who have sacrificed their lives. The coalition has no base inside Syria to make such a decision," said Agha, whose rebel unit operates mainly near Damascus.

In the rugged Jabal al-Zawyia region in northern Syria, activist Mahmoud al-Zaqwan said he feared Geneva was a U.S. attempt at a deal like the one that saw the Yemeni president, Ali Abdullah Saleh, eased from power.

"We will not negotiate with the tyrant. We will not accept a Yemeni solution in Syria. This revolution will not just bring Assad's downfall. It will also try him. We are willing to wait as long as it takes," Zaqwan said.

In the letter, the SNC's Jarba called on the U.N. Security Council to make any resolution on Assad's chemical weapons subject to Chapter 7 of the U.N. charter, which could authorise the use of force in case of non-compliance.

The opposition Syrian Organisation for Human Rights said while the number of those killed in the war has been estimated at 110,000 the real number may exceed 200,000.

The group said convening Geneva following the chemical weapons attack would be "a farce" that increases the chances of Assad remaining in power.

The opposition and its Western and Arab allies say Assad was behind the chemical weapons attack. Assad says the rebels carried it out.

Veteran opposition activist Fawaz Tello said that attending the proposed conference while Assad is in power would be political suicide for the SNC.

"If the coalition goes to Geneva they will be stoned if they dare step into Syria. America cannot create a made-to-measure democracy in Syria," Tello said from Berlin. "It has to seek an end to Assad's rule for the Alawite minority to survive. Otherwise we are looking at a sectarian explosion in the Middle East."