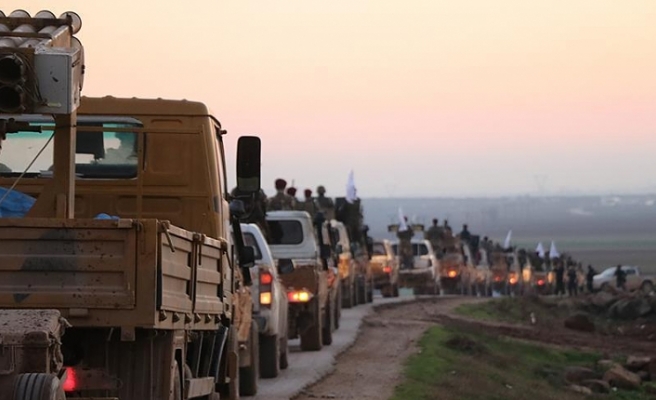 The Syrian armed opposition in the Euphrates Shield Operation area has sent military reinforcements to the front line along with YPG/PKK-held area in eastern Syria, according to an opposition official on Monday.

The Hamza Division, which is a member of the Turkey-backed Free Syria Army (FSA), dispatched fighters and armored vehicles to the border line between YPG/PKK-occupied areas and regime-held areas, Abu Yazan, an FSA commanding officer, told Anadolu Agency.

He said the troops will take up important tasks during a highly anticipated Turkish military operation in the northern city of Manbij.

“Our units headed out to contact regions occupied by YPG/PKK terrorists,” Yazan said.

He warned civilians to stay away from YPG/PKK occupied areas.

“We will liberate Manbij by sweeping away terrorists from the area,” he said.