Kremlin envoy Mikhail Margelov said before the talks that he did not expect Russia to change its position on Syria. 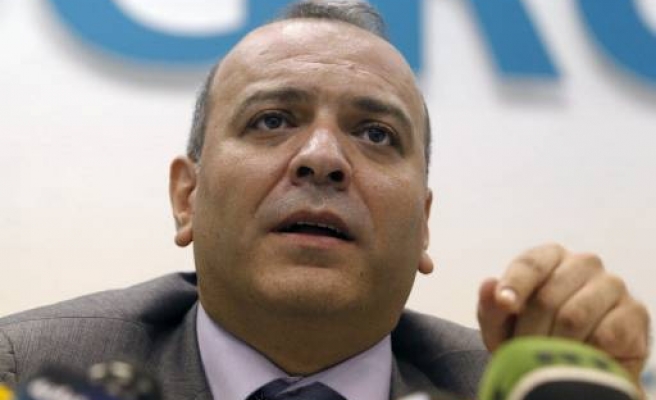 Syrian opposition representatives pressed Russia on Friday to do more to support protesters demanding the removal of President Bashar al-Assad and warned Moscow it would lose out if it failed to do so.

The criticism after talks in Moscow signalled problems for Russia in its efforts to build bridges between the Syrian government and opposition after resisting U.N. sanctions on Damascus and refusing to back Western calls for Assad to quit.

"The incomprehensible and contradictory position of the Russian leadership on what is happening in Syria could hurt Russia's image in the future," Ammar Al-Qurabi, head of the Syrian opposition delegation, told a news conference .

Russian flags had been set on fire several times during the protests in Syria, he added.

His comments made clear Russia risks losing influence as well as missing out on potentially lucrative business contracts in Syria if Assad is ousted and Moscow does not show more overt support for the pro-democracy protesters.

Russia did not use its veto to block a U.N. Security Council resolution allowing NATO bombing to protect civilians in Libya, but accused the West of going beyond its mandate and says it wants to prevent this happening in Syria.

Russian officials have dismissed suggestions Moscow will miss out on business deals in Libya because of this.

No change of position

Kremlin envoy Mikhail Margelov said before the talks that he did not expect Russia to change its position on Syria.

Russia, which has a naval maintenance facility in Syria and arms contracts with Damascus, says Assad could cling to power and that he could carry out reforms if he is given time.

"We have called for, and continue to call for, a political solution, not using force, in any political crisis, including the one in Syria," Margelov said.

Margelov, a Middle East specialist and the Kremlin's Africa envoy, will meet an adviser to Assad on Monday before leaving for a tour of the Middle East and North Africa next week.

He said a delegation of Russian senators would also go to Syria to assess the situation but did not say when.

President Dmitry Medvedev reiterated Russia's belief in talks to resolve the crisis in an interview broadcast by Euronews television.

He signalled Moscow would continue to press Western nations to tone down a draft United Nations Security Council resolution they have drawn up calling for sanctions against Assad and some of his relatives and associates.

But he also made clear Moscow was ready for discussions with its Western partners on the wording of any resolution.

"We are ready to support different approaches, but they must not be based on one-sided condemnations of the actions ... of the government and President Assad," Medvedev said.

"They must send a firm signal to all conflicting sides that they need to sit down at the negotiations table, they need to agree and stop the bloodshed."

After Western nations circulated their draft resolution late last month, Russia proposed a rival resolution that did not call for sanctions or any punitive measures. It called instead for the Syrian authorities to speed up promised reforms and for the opposition to talk to the government.