A member of Syrian opposition delegation says the regime position 'will not affect our decision to be engaged in a political process, and to show a higher degree of responsibility and patience' 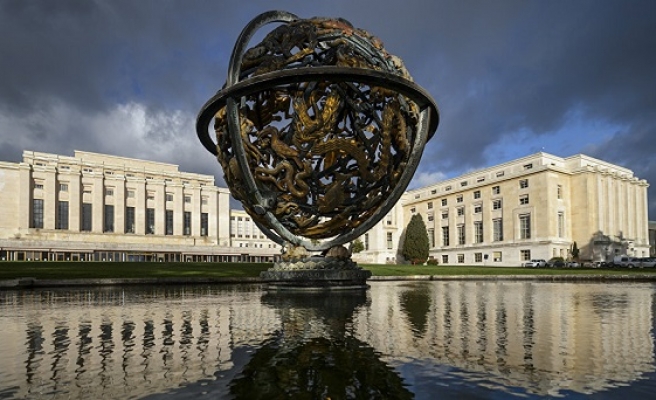 Syria's main opposition said Tuesday it would not be deterred by Damascus' refusal to discuss the fate of President Bashar al-Assad, and vowed to be patient in the ongoing peace talks.

A member of the High Negotiations Committee (HNC) opposition umbrella group criticised the regime's lead negotiator in Geneva, Bashar al-Jaafari, for using inflammatory rhetoric and blocking progress towards agreement on a political transition in the war-ravaged country.

But Hisham Marwa, who serves as a consultant in the HNC delegation taking part in the UN-brokered talks, said the regime position "will not affect our decision to be engaged in a political process, and to show a higher degree of responsibility and patience."

His comments came after Jaafari on Monday once again branded the opposition as foreign-backed terrorists and reiterated that any discussion of Assad's fate was "excluded".

He also stressed though that Damascus was committed to the peace process, and that his delegation had "clear instructions from our leadership to engage seriously in these talks."

Assad's fate has been a key obstacle in the latest talks aimed at ending Syria's devastating five-year war, which has killed more than 270,000 people and displaced millions.

"The government delegation continues to avoid discussing deadlines and is simply trying to get a rise out of the opposition," Marwa said, reiterating the HNC position that any discussion of leaving Assad in power is "absolutely unacceptable."

"A political transition means creating a new authority.., including the powers of the presidency," he said.

The apparent impasse on the crucial issue of forming a transitional Syrian government came during a second week of peace talks in Geneva, with United Nations mediator Staffan de Mistura eager to make gains before negotiations pause on Thursday.

"He said, it was... premature to talk about it. My message was 'premature' means imminent as far as we are concerned," de Mistura said.

While conceding that progress remained slow, de Mistura stressed it was vital that opposing sides reach a basic understanding on how to move to a second round, tentatively scheduled for next month.

"I have been reminding everyone that there is no Plan B," the UN envoy said.