Syrian Parliament have no knowledge on chemical weapons: defected MP

Badawi thanked the government and people of Turkey for their assistance to Syrians who have fled clashes in Syria. 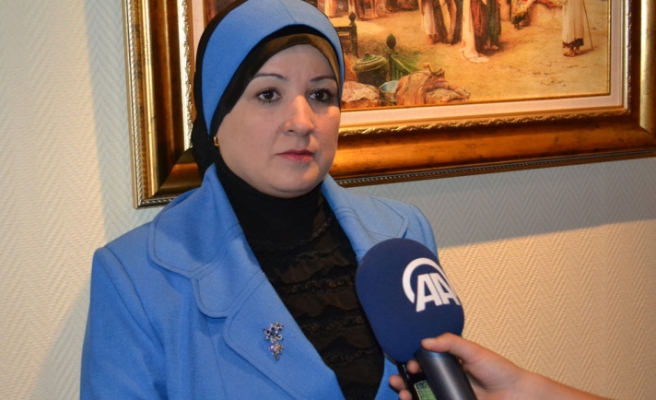 Ikhlas Badawi, a Syrian member of parliament who fled to Turkey, said on Friday that the Syrian Parliament had no knowledge about chemical weapons in Syria.

Speaking to the Anadolu Agency (AA), Badawi said that the Syrian Parliament held no meeting on the use of chemical weapons in Syria.

"Life conditions in Syria are very hard. There is an ongoing humanitarian tragedy in Syria," Badawi noted.

"President Bashar al-Assad has three homes, one in Aleppo, one in Damascus, and one in Latakia. Whenever a file is to be sent to him, the file gets sent to his three homes as no one knows for sure where he lives. He has to be present in one of his homes," Badawi said.

Badawi thanked the government and people of Turkey for their assistance to Syrians who have fled clashes in Syria.