The fighters, who have vowed to "liberate" the area, captured the Quneitra post on the Syrian side from forces loyal to President Bashar al-Assad after fierce clashes 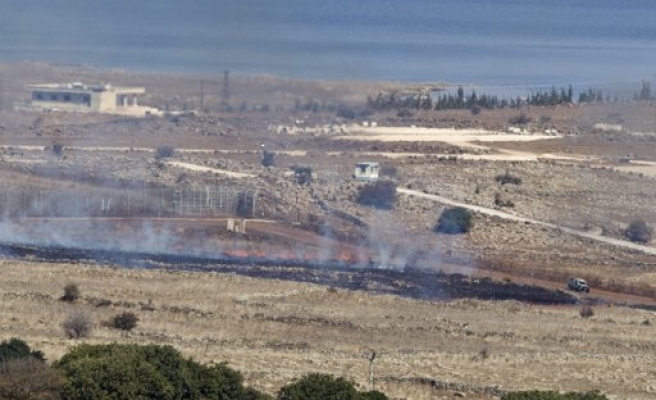 Syrian jets shelled rebel positions near a border crossing close to the Israeli-occupied Golan Heights that was seized by rebels in some of the heaviest clashes in the strategic area this year, rebels and residents said on Thursday.

Nusra alongside other rebel groups who had launched the attack early on Wednesday on the border post were "holding ground" despite the heavy bombardment, according to a source in the Islamist Beit al Maqdis brigade, whose fighters were involved in the fighting.

Abu Iyas al Horani, a spokesman for another rebel group operating in the area, said at least six rebels were killed in the latest spillover of violence in the area that lies almost 20 kilometres west of the town of Quneitra, the main urban centre, which is under state control.

The crossing is monitored by the United Nations, which oversees traffic between the two enemy countries, but the distance between the two warring adversaries' posts is some 200 metres (yards).

During the fighting, two Israelis were wounded by stray bullets, a soldier and a civilian, both in the Golan Heights. Israel responded with artillery fire at two Syrian army positions, the Israeli military said on Wednesday.

The Syrian Observatory for Human Rights said 20 Syrian soldiers and 14 rebel fighters were killed in the clashes. The organisation gathers information from all sides in the Syrian war.

A U.N. spokeswoman earlier said the organisation's peacekeepers could not confirm whether the rebels had seized the crossing, "as fighting is ongoing" at one of its gates.

Rebels last year briefly took the Quneitra border crossing with Israel and now control many villages in the area.

Hundreds of Nusra fighters who fled from the eastern Deir al-Zor province after being driven out by their hardline rival, the Islamic State, earlier this year have regrouped in southern Syria, boosting a growing rebel presence in that area, activists say.

Earlier this year, Nusra and its allies seized several army bases near the town of Nawa, one of the biggest rebel gains in the south during the three years of Syria's war.

The advances in the south were important not just because they expand rebel control close to the Israeli-occupied Golan Heights and the Jordanian border, but because Assad's power base in Damascus lies just 40 miles (65 km) to the north.

Rebels say a stretched Syrian army fighting on several fronts that has already lost control of large parts of the countryside in southern Syria wants to ensure it does not lose control of the towns of Nawa and Quneitra in the Golan foothills and the city of Deraa, along the border with Jordan.

The southern front's potential as a launchpad for an offensive against the capital means it could ultimately pose the main challenge to Assad.

Rebels have repeatedly launched several offensives aimed at ultimately advancing towards the capital Damascus but they complain lack of sufficient support by Assad's Western and Gulf enemies has prevented them from making real progress.