The dismissal of the General Selim Idriss was rebuffed by Syrian rebel commanders. 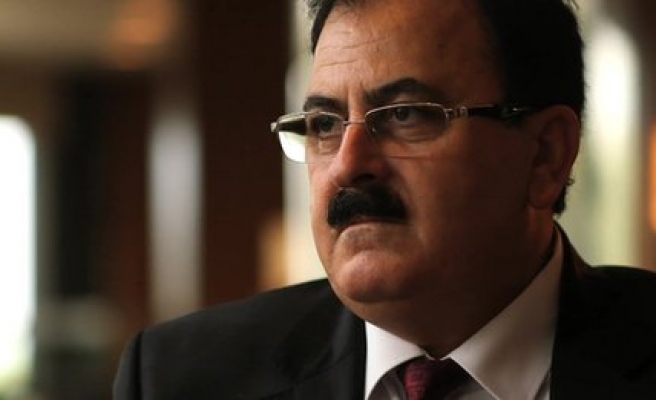 Regional unit commanders of the main Syrian rebel faction have rebuffed the dismissal this week of their chief by the group's foreign-based command council and pledged to keep fighting under his command.

The order to remove Selim Idriss was further evidence of damaging splits within Syria's fragmented opposition movement that have weakened the nearly three-year uprising against President Bashar al-Assad.

Rivalry for influence between Saudi Arabia and Qatar has deepened divisions within the opposition. It also strengthened Assad in recent U.S.- and Russian-sponsored peace talks between his government and the opposition National Coalition in Geneva that ended without any progress.

On Monday, the Supreme Military Council of the FSA dismissed Idriss after a tenure that saw the faction suffer numerous setbacks as well as what opposition sources said were rising tension between him and the National Coalition's Saudi-backed chief.

A statement by 22 members of the FSA's 30-strong military council said the decision was prompted by incompetence in the rebel command and a need to improve leadership of rebel operations.

"(We) consider the dismissal of the head of the General Staff, General Selim Idriss, null and illegitimate,"Fateh Hassoun, FSA commander for central Syria, said in the video. He added Idriss's backers would keep fighting under his command.

"No group that is not present on the country's soil has the right to take a crucial decision that does not represent the views of the forces working on the ground," he said, reading from a statement.

It was not immediately possible to identify all the men in the video, who referred to themselves as "leaders of the fronts and military councils ... in Syria" and were dressed in military fatigues.

One of the men in the video, Mohammed al-Aboud, the FSA commander for Syria's eastern front, confirmed by phone that he opposed the decision and said unit commanders were meeting with Idriss in Antakya, Turkey to discuss "the next steps."

Relations between Idriss and Saudi Arabia deteriorated after he opened channels with Qatar, opposition sources have said.

He was replaced this week by Abdelilah al-Bashir, head of FSA operations in Syria's southwestern Quneitra province, which borders the Israeli-occupied Golan Heights.

Monzer Akbik, chief of staff in National Coalition President Ahmad Jarba's office, denied that the decision to ditch Idriss was politically motivated and said it was made to put someone who was fighting inside Syria in charge.

"They need someone who is fighting on the ground instead of someone who was distant from operations; Bashir was good on the field and has fought several battles," he said.

An FSA leader who did not want to be named said a lack of resources, not Idriss' leadership, was to blame for setbacks under his command, such as an incident in December when the FSA lost a border crossing with Turkey to rival Islamist insurgents, which embarrassed the organisation and prompted the United States and Britain to suspend non-lethal aid.

"It's not about the person. It's about the resources," he said. "The corruption is very bad and it's destroyed the coalition."