As many as 43 rebel groups in Syria have united to form the ‘Army of Islam’. 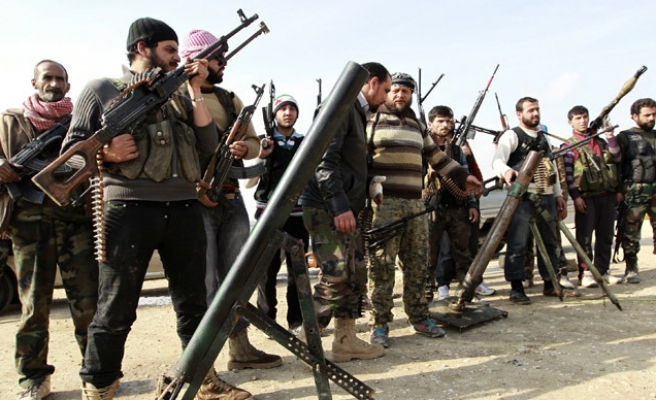 43 rebel groups in Syria have joined forces just outside of the capital city Damascus and have named themselves the ‘Army of Islam’. This move is set to become the strongest opposition movement in the country, and will rival the gradually waning internationally recognized opposition force, the Free Syrian Army. The group will be leader by the head commander of the Liwa al-Islam brigade, Zahran Alloush.

However, the biggest Islamist group, Al-Nusra, did not join the new coalition. This comes at a time when the Free Syrian Army is trying to revive itself after internal disagreements lead to some commanders disassociating themselves from the group.

13 brigades have recently denounced the internationally recognized National Coalition and have called the people to unite in an Islamic union.

Rival opposition groups have been clashing with one another as of late, with battles taking place in northern Syria between Al-Nusra and Kurdish separatist fighters. Cracks are also starting to show in the uneasy cooperation between the FSA and more pro-Sharia groups.