The reported capture of the Minnig Military Airport, situated on the road between Aleppo and the Turkish city of Gaziantep. 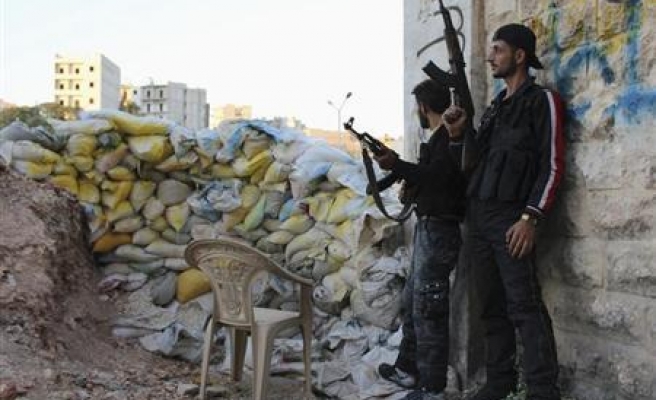 Syrian rebels captured a main military airport near the border with Turkey on Tuesday, consolidating their hold on a key supply route north of the city of Aleppo, opposition activists said.

The reported capture of the Minnig Military Airport, situated on the road between Aleppo and the Turkish city of Gaziantep, after an eight-month siege, marks an important symbolic victory for the opposition, following a string of defeats to President Bashar al-Assad's forces in central Syria, the sources said.

"The airport has been fully liberated. The remnants of the Assad gangs are now being chased," said a statement issued by nine brigades that took part in the operation, including the al Qaeda-linked Islamic State in Iraq and the Levant and the hardline Islamist Tawhid Brigades.

Mohammad Nour, an activist with the Sham News Network, an opposition monitoring group, said the airport had mostly fallen to rebels in the last two months. He added that around 70 soldiers had been holding out in a small section containing the command headquarters, which was destroyed on Monday after a suicide bomber drove an armoured personnel carrier into the building.

"Most of the remaining defenders were killed in the suicide attack. The remainder fled on three tanks, one of which the rebels destroyed," Nour said.

Assad's forces tried last month to prevent the fall of the airport by launching an armoured offensive from Aleppo, backed by Hezbollah based in two villages near the city, to drive the rebels from the northern rural region, according to opposition sources in the north.

Loyalist forces made initial incursions into the northern countryside, but they were turned back after the rebels received consignments of new weapons, including anti-tank missiles, the sources said.

Syrian rebels capture main military airport near Turkey and thanks for supporting to Turkey.