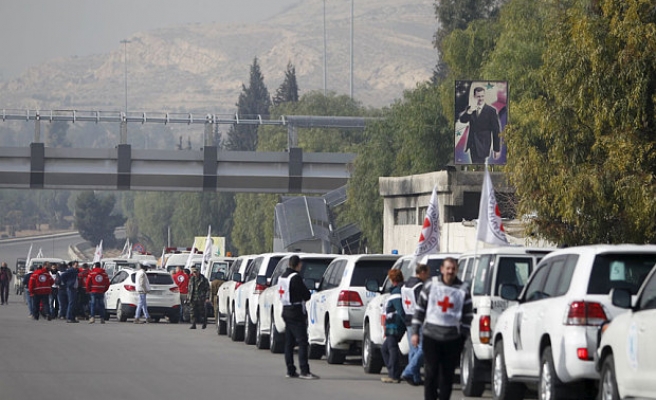 "We do not have permission to go six besieged areas. We got verbal assurances (from the regime) last night and this morning... Three or four of these six areas will be covered," Egeland told reporters at the UN Office in Geneva on Wednesday.

Saying that they had more progress getting access to other civilian populations in Syria, Egeland added that the UN aid convoy was also able to reach Hola in Homs on Tuesday night.

"We are now up to 384,000 people reached since the beginning of the year in hard-to-reach areas and besieged areas ... that will be more than doubled next week before the end of April," Egeland said.

Pointing to new areas of great concern for delivering UN humanitarian aid, Egeland said, "Waer is part of Homs which has become inaccessible."