12,000 residents, faced with severe food shortages, have resorted to foraging for olives and leaves... 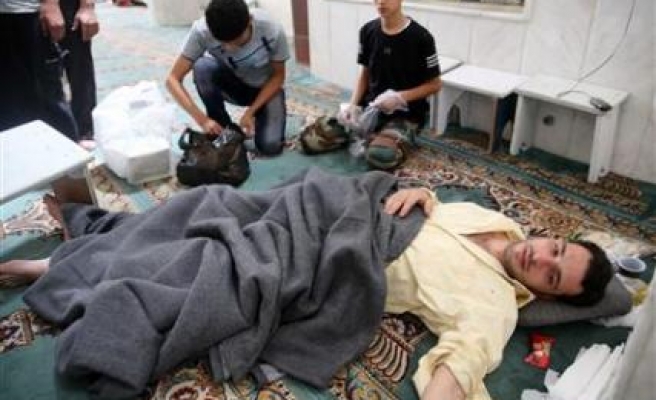 A blockade now surrounds the town of Moadhamiya, seven miles outside of Damascus, one month after it was the target of a sarin gas attack that claimed up to 80 lives.

The Wall Street Journal reports that government forces have encircled the rebel-held suburb, choking off food and aid to its 12,000 residents.

An activist from within the neighborhood said that food shortages had become so severe that residents have begun to forage for olives, vine leaves and mint.

Syrian officials confirmed that a siege was underway, but declined to discuss the matter further, although one pro-Assad fighter gave his personal assessment to the Journal. “Let them starve for a bit, surrender and then be put on trial,” he said.

Assad regime gets a year to hand over its chemical weapons, if they fail to comply they will just get condemnation from the UN, because we didn't have any spine to stand up to former KGB leader Putin about a military punishment. Meanwhile, Assad is allowed to starve the town that they gassed 1,300 men, women and children. Thanks Obama and Kerry - what a way to stand up for the little guys.